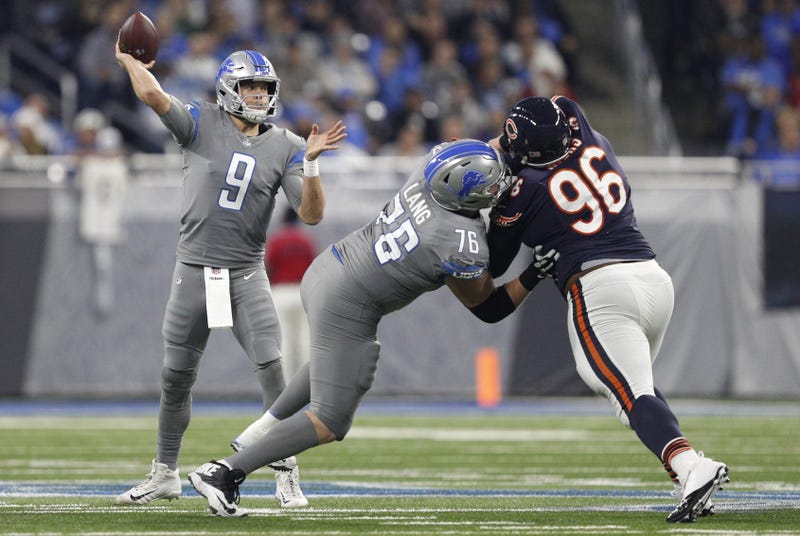 And that wasn't all.

Lang revealed on Friday to 97.1 The Ticket that he underwent surgery on his right elbow on Thursday to address a "significant" injury he suffered with the Packers in 2012. He said the elbow was "bugging" him throughout this season.

Fortunately for Lang, who played in just six games in 2018, the operation was minor and the recovery time is only a matter of weeks. Tommy John was an option, but not one Lang had any interest in.

"I said I didn't want to do that. I'm not a pitcher, I’m not a quarterback, I don’t need to have full motion in my elbow to throw a ball. I can block people just fine. But I put it off long enough and this year was a year to take care of it. It was bugging me a little bit throughout the year, even kind of sleeping weird, so went in and had a pretty simple clean up. Nothing too crazy, should be a couple weeks recovery," Lang said.

Lang's future still isn't entirely clear. He said after the season he hopes to play one more year, but wanted a few weeks to make a decision. He's yet to commit one way or the other.

The Lions have a decision to make themselves. Lang is set to make $8.25 million with an $11.5 million cap hit in 2019, and the team could save about $9 million against the cap by cutting him. Considering Lang's declining health, that would seem to make sense.

Detroit could also choose to restructure his contract, at Lang's approval. Lang told reporters earlier this month he'd be open to that idea.

Asked about the possibility of taking a pay cut, he said, “I mean, I would be open to playing next year. I don’t care what anything else looks like. If I get another chance to be on this team, then that would be a great opportunity for myself.”

When healthy, Lang has been a good player for the Lions. He made the Pro Bowl in 2016 and was playing well this season prior to going down with the neck injury.

The question facing the Lions is this: At what price is it worth the risk to bring him back?