Even with the Lions back in the playoff race, even on the heels of their apparent win-now trade for Everson Griffen, there's a feeling they could entertain offers for Kenny Golladay before the Nov. 3 trade deadline.

Golladay is set to be a free agent after this season and Bob Quinn and the Lions don't appear willing to give him the long-term money he's seeking.

One team has already contacted Quinn about Golladay, according to ESPN's Jordan Raanan: the New York Giants.

On his Breaking Blue podcast previewing the trade deadline, Raanan suggested it's exactly the type of move the Giants can't afford to make. But that hasn't stopped general manager Dave Gettleman in the past. He traded two draft picks for impending free agent Leonard Williams at last year's deadline, despite the Giants' 2-6 record.

His team is 1-6 at the moment, but theoretically still alive in the terrible NFL East.

"Here’s what the Giants can’t do, the WTF scenario: trade for anybody who is on an expiring contract," Raanan said. "That’ll put you in a bad spot. You’re giving up assets for a player. I had heard something about this last week. There was at least some conversation about the Giants talking to the Lions about wide receiver Kenny Golladay. My understanding is that it did happen in some shape or form." 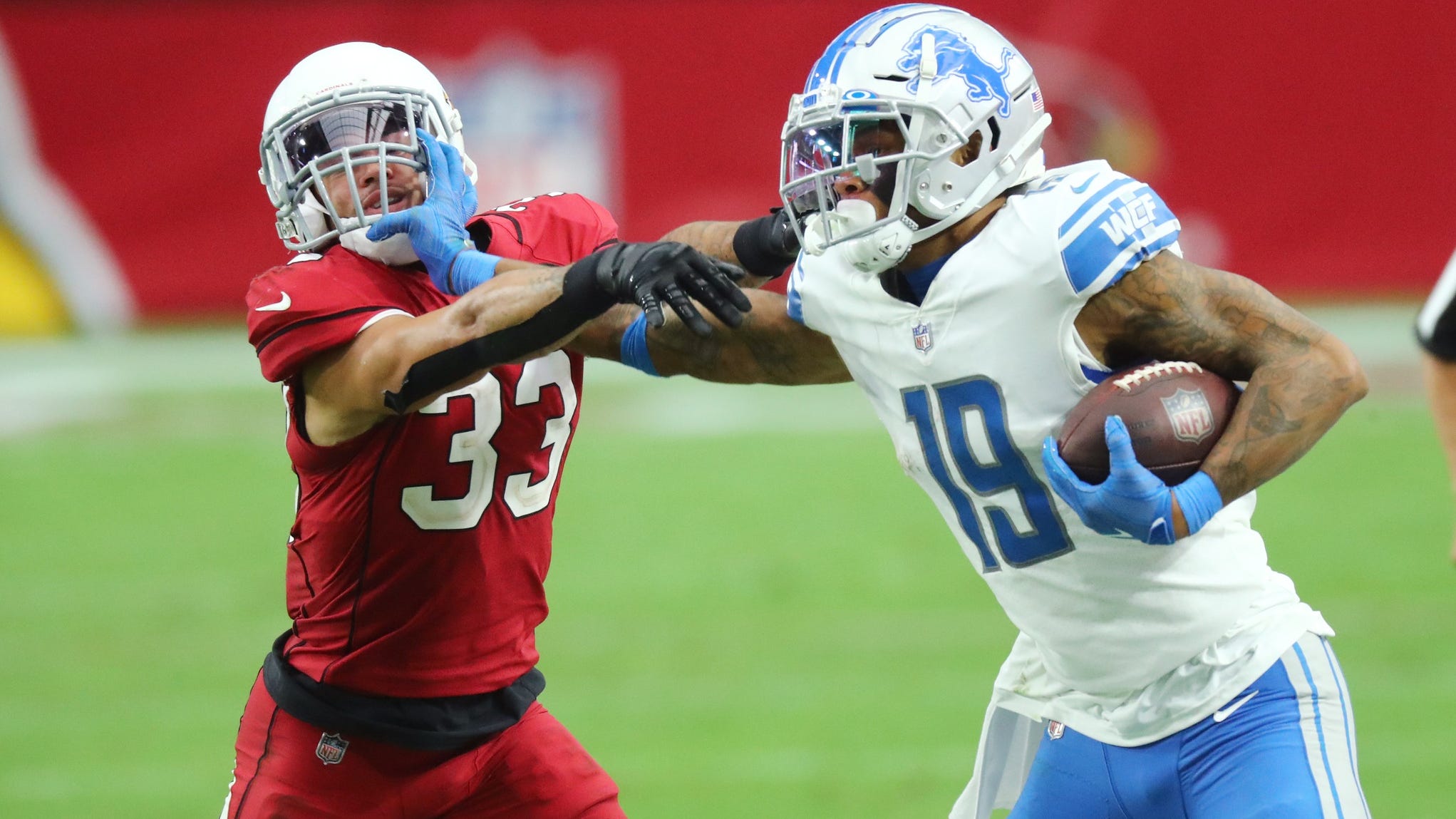 Golladay and the Lions could be destined for a divorce

If it happened last week, the Lions were still a game under .500. Now they're 3-3 and 1.5 games out of the third wild card in the NFC. That probably changes the calculus for Quinn and Matt Patricia.

Then again, the calculus has been the same all year. The Lions have to win. Quinn and Patricia can't be thinking about the future without a future to count on. Trading Golladay would all but seal their fates in Detroit.

The Lions can always franchise tag Golladay in the offseason to ensure he's here for at least one more year. They almost certainly can't make a playoff run without him.

"Forget the fact that the Detroit Lions aren’t trading anybody right now. They’re trying to win. Matt Patricia’s trying to save his job. He’s not trading his best offensive weapon."

So yeah: a 'WTF' trade for both sides.