For the second time in the past three seasons -- and for the fifth time in his career -- Matthew Stafford and the Lions are off to an 0-2 start.

He knows the implications, just like everyone else. Since the NFL moved to an eight-division format in 2002, 148 teams have started 0-2. 16 have rallied to make the playoffs: 11 percent. Right now, the Lions have worse odds than that. ESPN gives them a 4.3 percent chance of making the playoffs -- in a year where there's an additional playoff spot up for grabs.

So you could forgive Stafford for hanging his head, for dragging his feet, for thinking to himself here we go again. Especially after Detroit blew a pair of double-digit leads to start the season -- something Stafford's grown accustomed to under Matt Patricia. But that's not Stafford's way. He remains as calm as ever heading into the Lions' Week 3 game at Arizona.

During his weekly meeting with the media Wednesday afternoon, Stafford joked about going outside his comfort zone last week in writing a social justice essay for the world to read. Despite his public-facing job, he's not exactly one for public attention.

"It’s obviously something I don’t do on a regular basis. I’m not going to share with the world what I had for lunch and breakfast like a lot of people like to do these days," he said with a smile. "It’s just not my deal. But I thought this was an important topic."

So, what ﻿did Stafford have for lunch on Wednesday?

"Have not eaten lunch yet -- how 'bout that?" Stafford said sometime after 4:00. "Wednesday's are a late lunch day, so the faster we get done with this, the faster I get to eat lunch." 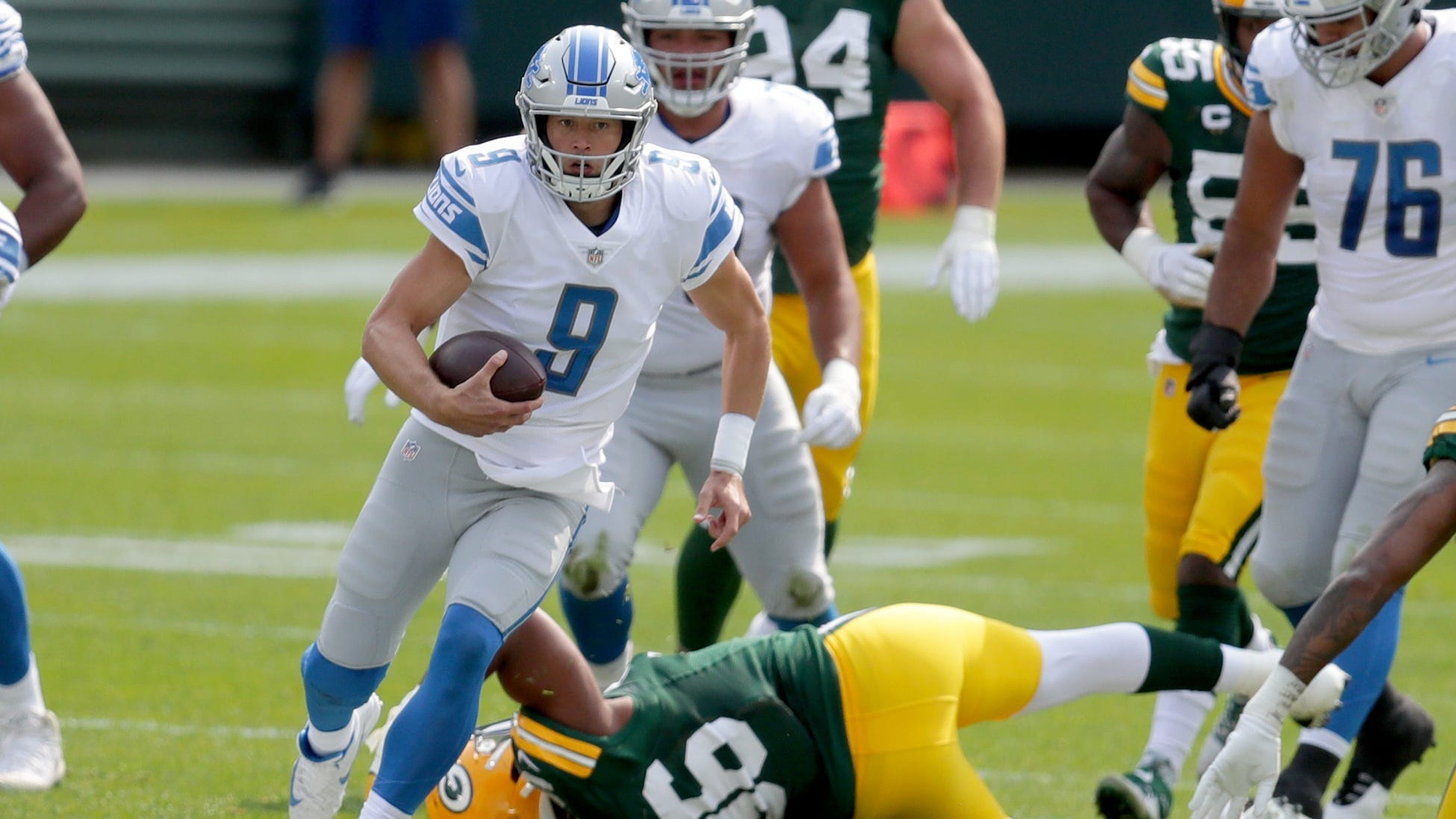 Time is running out on Matthew Stafford in Detroit

If his stomach was grumbling, Stafford wasn't. Not even with the Lions facing a must-win game in Week 3, not with their season on the brink in September, not with another year of his prime dangling over the edge. Of the 80 teams that have started 0-3 since 2002, one has made the playoffs. And the man doesn't seem fazed at all.

How is he able to stay so steady?

"I think experience, experience at the position," Stafford said. "As a quarterback, it’s one of the few positions on the field sometimes where the more emotional, the harder you try, the more worked up you get, the worse you play. A lot of times in football that can be beneficial to guys, I just don’t think so as a quarterback. Doesn’t mean that inside I’m not pissed at times or pumped at times – all of that’s in there.

"But I have to make sure that I move onto the next play or the next game. I can’t let the last one linger."

Stafford thought back to Week 1. The Lions' offense took the field late in the fourth quarter with a three-point lead and a chance to seal the game. Stafford was promptly picked off, and the lead was promptly gone. He took the field again a minute later and led the Lions on what should have been a game-winning drive, if not for D'Andre Swift's last-second drop.

"If I go out and throw a pick in the four-minute offense in the Chicago game, I better get my ass ready to go back out there on the two-minute drive and try to go score a touchdown," Stafford said. "Does me no good to get lost in my emotions and how I’m feeling at the moment. I just gotta go out there and work to the next pay and try to help lead our team. Am I perfect at it? Absolutely not, but that’s something I‘m working toward every single day."

We've seen Stafford's calm exterior crack in the past. Like last year in Arizona, when a timeout called from the sideline cost the Lions a first down that would have clinched a season-opening win. "Trust me!!" Stafford yelled when he returned to the bench. We remember this outburst because it was so out of character.

Otherwise, Stafford remains the same level-headed leader under center -- even after 11 years of frustration in Detroit, ever after another 0-2 start in year 12.

"There’s probably certain times where I’m better at it than others, but it’s something that I know is important," he said. "I feel like as a QB, there’s plenty of times in practice or whatever it is to show emotion and talk to guys and get on guys, whatever I need to do. But on gameday, man, we gotta go to the next one and make the next play work, whether we made the last one work or not.

"It’s just something that I remember watching quarterbacks as a kid, and everybody has their own style of doing it. But it was obviously something that was important to helping those guys leading their team, so I tried to adapt it and put it into my game."