With another season for the Lions hanging off the cliff, here we have the CliffsNotes version of Matthew Stafford's career. He hasn't been good enough to make a bad team better.

Stafford has been fine this year. He's far from the biggest reason for the Lions' 1-3 start. He's one of 13 quarterbacks in the NFL who's thrown at least eight touchdowns and no more than three interceptions. The other 12 have a combined record of 41-15. 11 of them have their team in the playoffs. Eight of them sit in first place.

Instead, Stafford has regressed. Not terribly, no. Not to any kind of unprecedented levels. He has the fifth-best passer rating (93.8) of his 12-year career. But in terms of expectations versus results, this is shaping up as his most disappointing season yet. And maybe the expectations are the problem.

Here's the reality of Stafford's career: he's rarely, if ever, followed one great season with another.

You could blame that on the constant changes above him, except the Lions have never hired a new offensive coordinator following a season in which Stafford posted a passer rating of 90.0 or better. In fact, they infamously retained Jim Bob Cooter when Matt Patricia took over in 2018 thanks to Stafford's strong numbers the three years prior. They only let Cooter go when Stafford slumped the next season.

You can certainly blame Stafford's year-to-year swings on the issues around him. It's hard to be consistently great with a running game that's consistently poor and with a defense that's consistently meh. Stafford has spent most of his career trying to beat his own team. Then again, he didn't blow anyone away when the Lions had an elite defense in 2014, or when they found the semblance of a rushing attack in 2013. 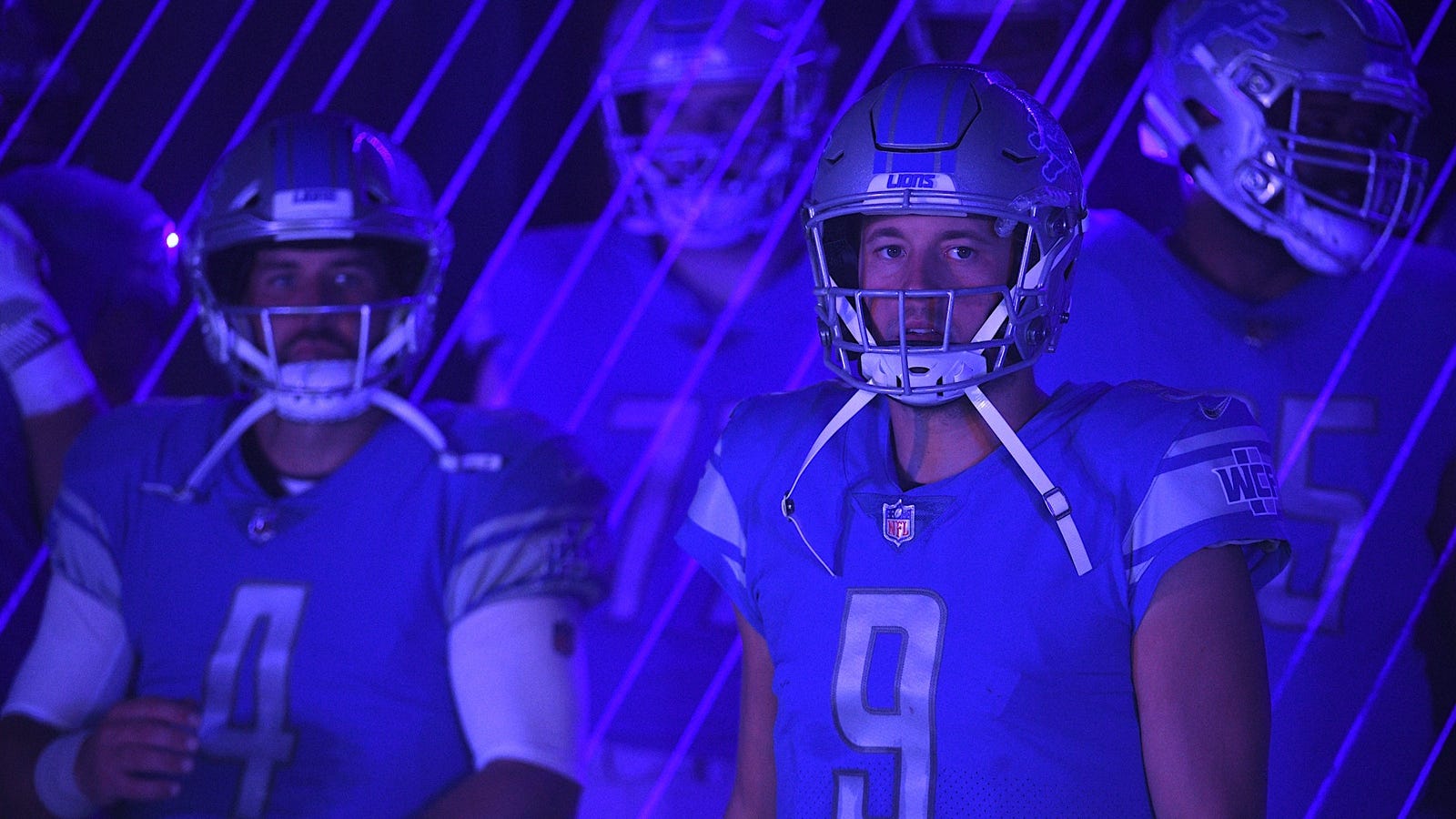 Has Matthew Stafford lost his way? 'He used to be this killer'

The asterisk here is 2016. Through 12 games that season, Stafford had a rating of 100.5 and a legitimate spot in the MVP discussion thanks to eight fourth-quarter comebacks. Then he dislocated the middle finger on his throwing hand and never looked the same. If he avoids that injury, Stafford likely finishes among the top 10 quarterbacks in passer rating each season from 2015-17, which remains the best three-year stretch of his career.

And maybe we wouldn't be talking about the injuries that might be plaguing him now.

Should we be worried about Stafford’s health? He played through broken bones in his back each of the past two seasons, and the damage was bad enough last year to force him to the sidelines for the first time since 2010. He showed no ill effects this year in training camp, but since the season began Stafford just hasn’t looked right. Most notably, he’s missing on the same deep shots he was drilling last season.

If his back were a problem, Stafford would never admit it. Bevell said Tuesday it's not a concern internally, that “it hasn’t been brought up even once this year.” To Bevell, the problem is Stafford’s feet.

“I had a small conversation with him about it,” Bevell said. "I think it usually goes back to your feet. Your feet really tell you the story. Your feet are what get you through your progressions, get you through the play. I thought we were really at a good place last year. And then keep in mind, he had all that time off and not running plays with guys in our offense.”

Beyond the footwork, Bevell doesn’t see any slip in Stafford’s mechanics as compared to last season. And he’s confident they can get him back in rhythm. For Stafford, the solution might be as simple as the cushy slate of games coming the Lions’ way. Four of their next five opponents rank in the bottom third of the league in scoring defense. The return of Kenny Golladay has already helped.

At the same time, the league has adjusted. Coaches on the other side saw what Stafford and Bevell did last season, torching teams over the top, and they’ve been prepared for it this season. The onus is back on Bevell to innovate, and back on Stafford to elevate. This is where Stafford has fallen short in the past.

Were we wrong to expect more from Stafford this year? It's hard to argue against history. In our infatuation with his performance last season, it feels like we forgot -- or chose to forget -- everything we learned the eight seasons prior. By his own numbers, Stafford has never been a consistently elite quarterback in the NFL.

Still, we're glued to the arm. To the toughness, the talent and the technical polish. We picture those throws against the Chiefs last September, that touchdown to Golladay threaded between four defenders, and we see a quarterback at the top of his game. Stafford's better than he's played this season. The evidence is clear about that.

But he's not as good as he played last season, until he proves he's ever as great as his best.