The Philadelphia Eagles and New England Patriots have met in two Super Bowls over the last 20 years, both of which have been very good games.

However, the Eagles donned their midnight green helmets in both games, and Tom Brady and the Patriots wore what some have dubbed "the flying Elvis" helmet in both games. For as good as the quality of both Super Bowl XXXIX and LII were, the matchups would have been much more aesthetically pleasing if the Eagles had worn their kelly green helmets and the Patriots had rocked their "Pat Patriot" helmets.

While we can hope that the Eagles and Patriots eventually un-rebrand, here are the 10 best helmets in the NFL currently: 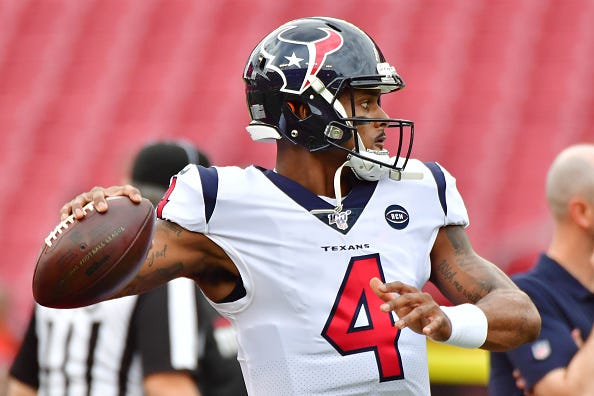 When the Texans entered the league as an expansion team in 2002, they probably should have just attempted to reclaim the nickname "Oilers." However, that was likely complicated by the fact that the Houston Oilers left for Tennessee (and took their iconic logo) in 1997 and even went by the name "Oilers" for two seasons before becoming the "Titans." In any event, the Texans have only really ever had one helmet in their brief existence, and it's a strong one. 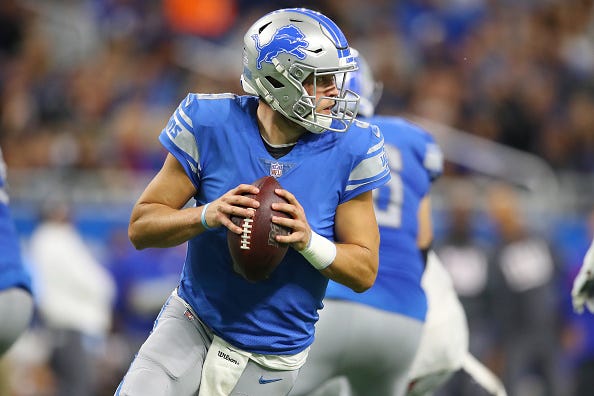 After going 0-16 in 2008, the Lions tweaked their primary logo by adding some white lines (and finally, a mouth). It was subtle to the untrained eye, but really good additions, ones they furthered improved in 2017 by changing the color of the logo's trim from black to grey. Though we're not quite as keen on the team's overall uniform, they have one of the best helmets in the sport. 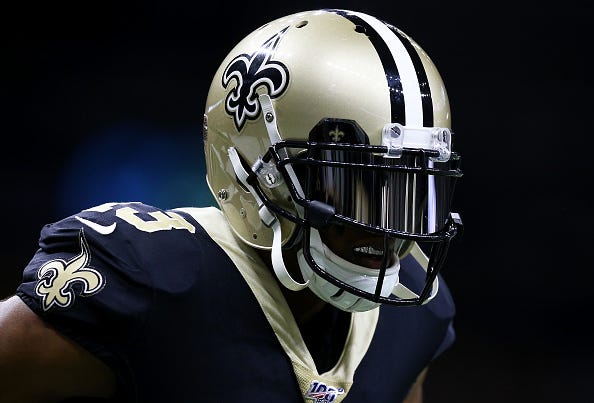 Maybe they aren't the most iconic gold helmets in the football world, but the Saints have a pretty legendary helmet. Though the shade of gold has been slightly altered throughout their history, the Saints have largely gone with the same helmet since they entered the league in 1967. The Fleur-de-Lis is one of the best logos in sports. 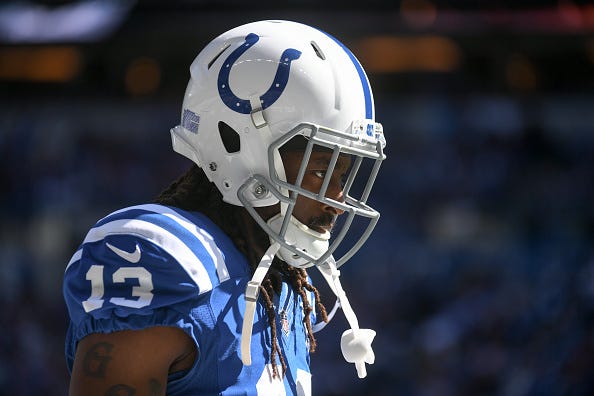 The simplicity of the Colts' horseshoe helmets hasn't changed much throughout their history, whether Johnny Unitas, Peyton Manning or Andrew Luck has been asked to wear it. It's a classic look, one that will probably never be changed. 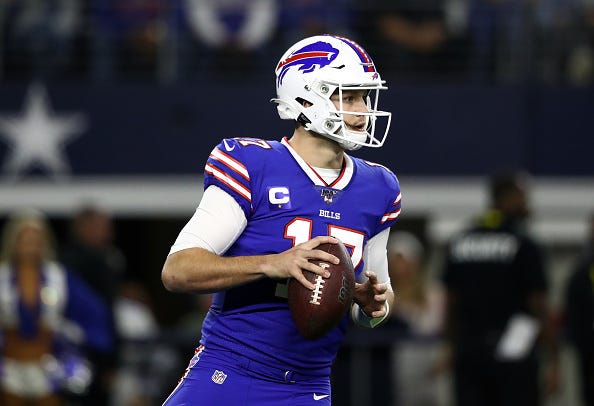 Many are partial to the white helmets with red buffalo that the Bills wore from 1962-1973, but the white helmets the team returned to in 2011 are the best look in team history. The helmet was originally worn from 1974-83. Whether you like their current helmet or the old AFL red buffalo helmets better, we can agree that the Bills did the world of sports aesthetics a favor when they ditched their primary red helmets, an unsightly look that the team wore from 1984-2010. 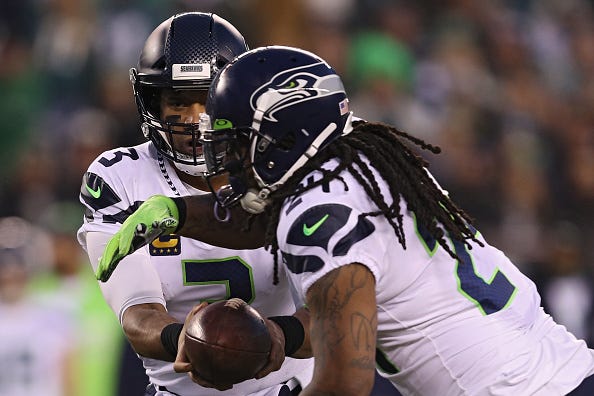 It may not be quite as fire as the as the silver helmets that they sported when they first broke into the NFL, but the navy blue helmets that the Seahawks have worn since 2012 are pretty cool in their own right. Perhaps the best feature on the helmet is what Paul Lukas of Uni Watch refers to as the "subliminal pattern" that runs up the middle of the helmets. 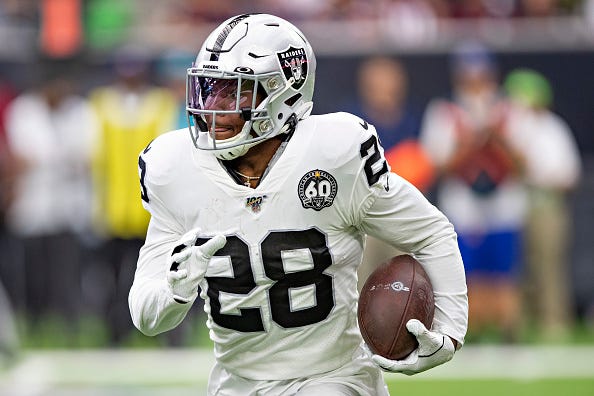 Stick the Raiders in Oakland, Los Angeles or Las Vegas, it doesn't matter - they have one of the best looks in the NFL. Their silver and black helmets work very well with both their black home jerseys and white road jerseys, the latter of which checked in on our countdown of the greatest uniforms in NFL history. 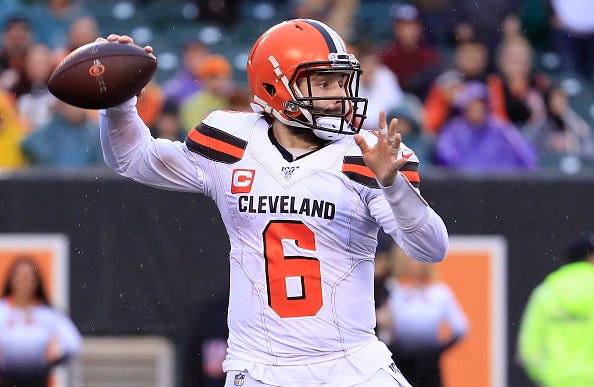 For as much as the Browns' organization has done wrong since re-entering the NFL in 1999, sticking with their logoless orange helmets has been a stroke of genius. When news broke that the Browns would change uniforms in 2020, owners Dee and Jimmy Haslam assured fans that the team's helmets would 'absolutely never' be changed under their leadership. 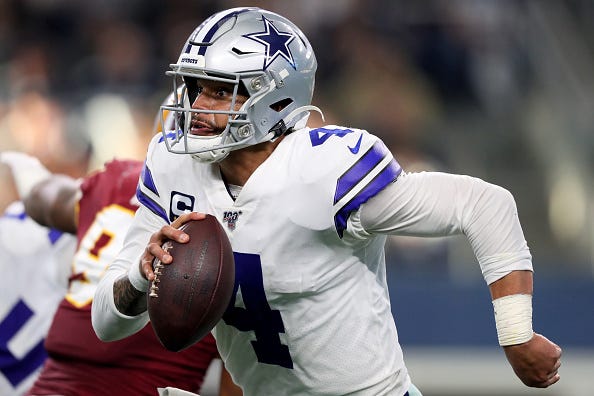 Love them or hate then, the star on the Cowboys' silver helmets are iconic. Not only have the Cowboys stuck with their silver helmets with a navy blue star since 1967, but even the white line through the middle of the helmet with navy blue stripes has largely remained the same. The only time the Cowboys altered the line through the middle of their helmets came in 1976, with one of the stripes adjusted to red for a season as part of the 200th anniversary of the United States.

The Chargers will switch to a helmet similar to one they wore as an alternate in the mid-2000s. Photo credit (Ezra Shaw/Getty Images)

Had the Chargers stuck with their white helmets, they almost certainly still would have come in at No. 1. However, as part of the team's uniform refresh, they will return to the classic look of having their numbers on the helmets underneath the bolts. When the Chargers wore their powder blue uniforms as an alternate in the mid 2000s, they would use helmets that had numbers underneath the bolts, as pictured above. The new helmets feature powder blue trim around the bolt and the numbers are written in powder blue as well, but are pretty similar to the ones seen in this image.