On the surface, the Red Wings’ benching of Anthony Mantha was absurd.

His puck possession metrics are the best on the team. He had just broken out of a scoring slump. His plus-minus was beginning to improve. So a bad game Friday and he’s out of the lineup Sunday as a healthy scratch?

But I do believe Jeff Blashill, Steve Yzerman and the Red Wings are dealing with Mantha properly.

This wasn’t about punishment as much as accountability.

Mantha has a new four-year, $22 million contract. With such rank comes responsibility. At 26, it’s time for Mantha to come into his own, not so much for himself, but for his team. There was no public reason given for the benching. The action spoke louder than words. 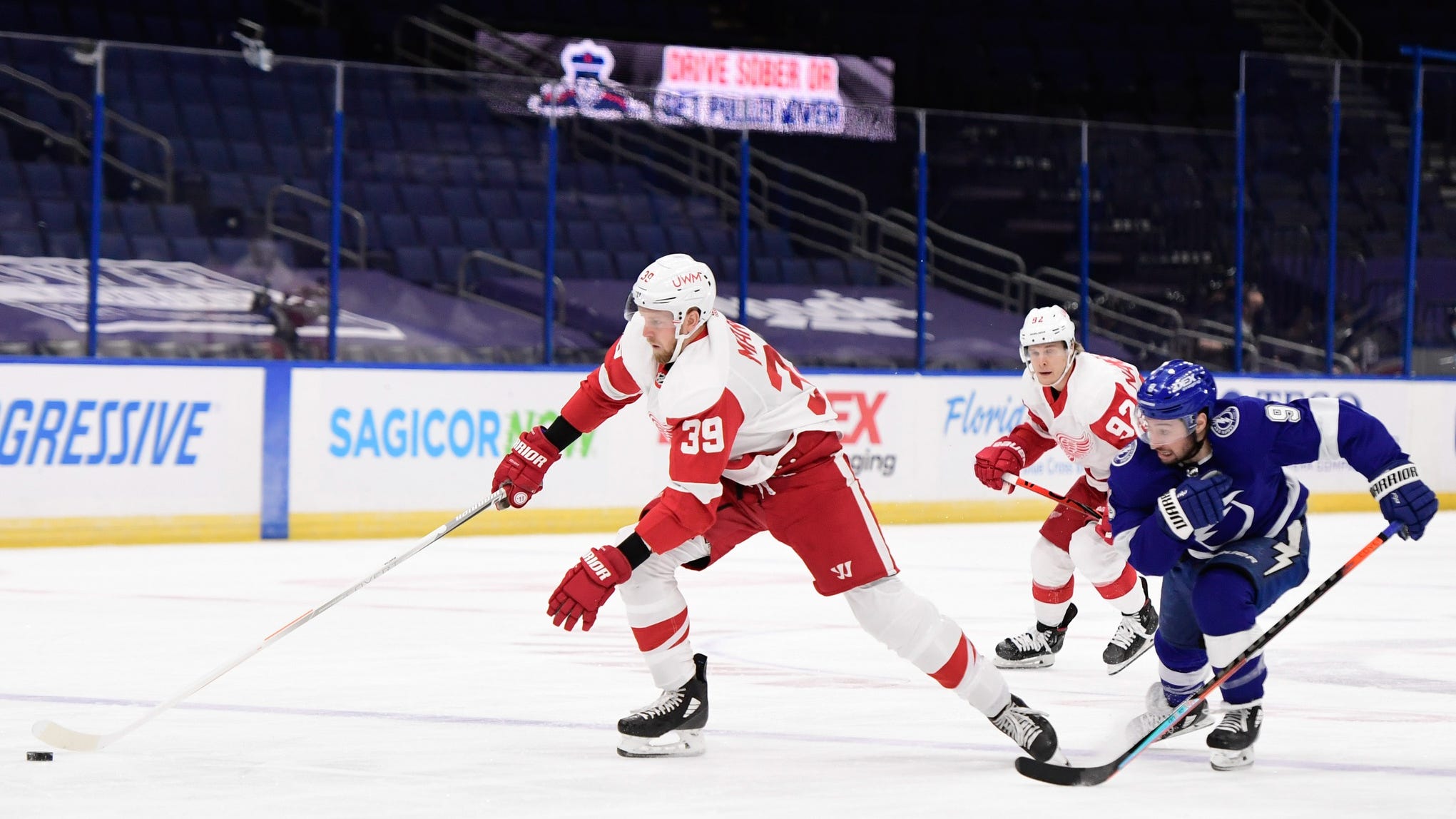 Blashill is on the final year of his contract and has a poor record. Seems like the player would win such an encounter. But Yzerman has more security and credibility than anyone. It would be naive to believe this didn’t happen without his blessing.

This isn’t so much about now, but the end game.

If the Red Wings are improved, it hasn’t been clearly evident. They're are near the bottom of the NHL’s overall standings. Their goal differential is awful. Until Sunday’s surprisingly refreshing 4-1 victory at Florida, the Red Wings got scoring from their top line, or none at all.

COVID-related issues and injuries have often put the Red Wings on the brink of having games postponed.

This isn’t in any manner a typical season, and the Red Wings are wisely pointing to the bigger picture.

In normal times, 2019 first-round draft pick Moritz Seider would be with the Red Wings. By the end of last season, he was the best player at Grand Rapids. Wisely, Yzerman elected to put Seider on loan in Sweden with Rogle, one of the best teams in an AHL-level league. The facilities are excellent in the Swedish Hockey League. The only downside is the larger ice surface, but Seider handled the smaller surface well with the Griffins.

Seider, out recently with an injury, has 24 points in 31 games and delivered multiple big hits.

These are two young players trending quickly to the NHL.
Under normal circumstances, they’d likely be in Detroit as regulars.

Joe Veleno is also playing in Sweden, albeit with a bottom-feeder team, Malmo.

Grand Rapids has started its season, but it is limited (30 games against just four teams). The Griffins played their opener at the Chicago Wolves’ practice rink Friday. It’s nonetheless an important time for former first-round picks Dennis Cholowski, Michael Rasmussen and Evgeny Svechnikov.

When the above young players, and 2020 first-round pick Lucas Raymond, who is holding his own for Frolunda in the SHL, arrive in Detroit on a permanent basis, they will need leadership. As such, Mantha can’t be just another skater. He must be one of those leaders.