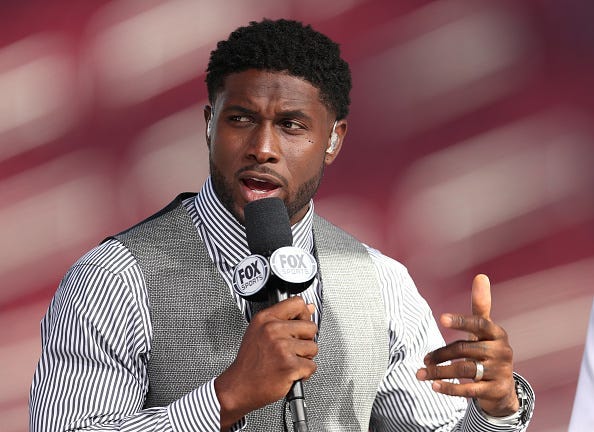 At the 74th annual Salute To Champions Dinner on Wednesday night, native San Diegan, and current Los Angeles resident, Reggie Bush made his case for the Chargers to remain in San Diego.

The former NFL running back, who starred at USC, expressed his desire to see him childhood team back in the city where it belonged.

"I’m a product of the people from San Diego. I believe San Diego is a sports town, a true sports town, and we need to get the San Diego Chargers back," he said to some cheers in the crowd. "Some way, somehow, we got to get them back. They don’t belong in LA, I said it as many times as I can. I live in LA, I know the fan base there in LA and I know the fan base here in San Diego, and there are a lot more of us here than there are in LA, so we gottta find a way to get the Chargers back."

.@ReggieBush explained what the city of San Diego means to him and why we need to get the #Chargers back when he was inducted into the Breitbard Hall of Fame tonight. pic.twitter.com/1Fb4BD9fxF

Bush, 34, spent 11 seasons in the NFL with the Saints, Dolphins, Lions, 49ers and Bills, but never played in San Diego. Still, the running back clearly has not lost grasp of his roots. He also discussed the San Diego athletes he looked up to while growing up here:

.@ReggieBush discusses the San Diego athletes he looked up to growing up when he was inducted into the Breitbard Hall of Fame tonight. pic.twitter.com/Ig7ztpfprW

music
'Dancing with the Stars' Season 29 crowns winner: Who took home the Mirrorball?
news
US agency ascertains Biden as winner, lets transition begin
music
Who will be the interim 'Jeopardy!' host?
news
Michigan certifies Joe Biden's victory in the state
music
Bad Bunny canceled his AMA performance after testing positive for COVID-19
music
Cole Swindell is 'making it work' while under quarantine, in the studio and on the golf course