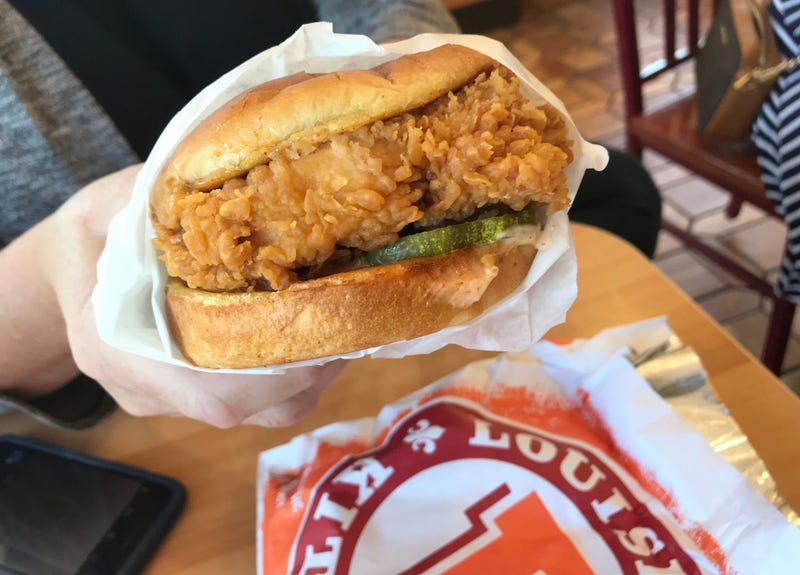 The world was not ready for the Popeyes chicken sandwich and quite frankly, still isn't.

On August 12, 2019, Popeyes released their now intensely-famous chicken sandwich and almost immediately the world was sent into a frenzy. Everything from Popeyes' employees running separate side operations out the back of the business (selling sandwiches up to $60 per sandwich) to people literally murdering each other, this sandwich has sent human beings into absolute chaos.

But there is one human being on this planet that is using the power of the Popeyes chicken sandwich to take over the NFL.

Before the Popeyes chicken sandwich even existed, Deshaun Watson had already made his mark in the world of football by taking down one of the greatest college football teams ever assembled to win a National Championship and has gone on to look like an elite QB in the NFL for my Houston Texans. I could go on and on about the greatness that DW4 has already achieved in his incredibly young career in the NFL, but this season DW4 has taken his game to another level and I am here to tell you that it's all because of the Popeyes chicken sandwich.

I understand that in his 3rd season, the reasonable explanation for Deshaun's improved play is that he is seeing NFL defenses easier with valuable experience over time, and the Texans massively improving their offensive line over the offseason. But it wasn't until after DW4 put on a magical display of brilliant QB play against the Jacksonville Jaguars in London that I took notice of Popeyes magically giving my favorite QB the gift that keeps on giving.

I'm no doctor and have no clue how medicine works. All I have ever known is that laughter is the best medicine. That was until the Popeyes chicken sandwich came into existence. Now all I know is that Deshaun Watson is on his way to becoming the MVP of the National Football League and we can only assume it's all because of the Popeyes chicken sandwich. I mean, just take a look at everything this man has done since the release of the sandwich!