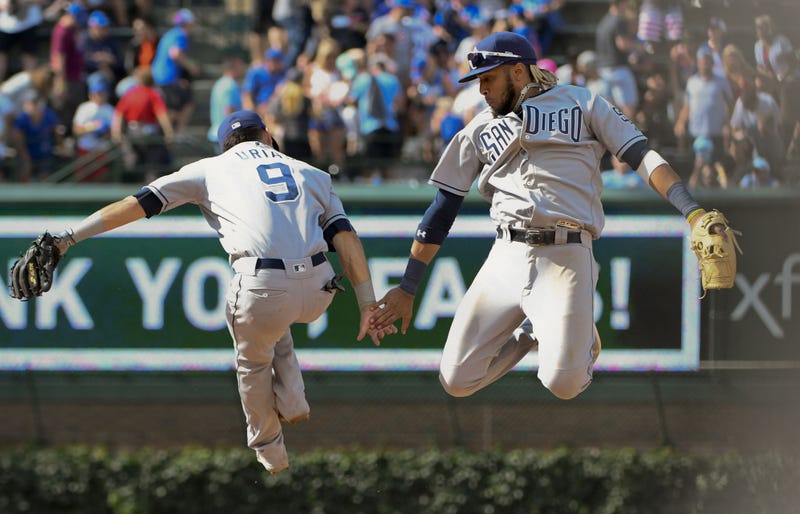 Well, Padres fans...we must look ahead. Don't know about you, but I'm pretty much resigned to the fact that this 2019 season is toast. In other words, you can stick a fork in this team. I know, I know...we weren't planning on winning anything this soon, so it's no big deal. But it is a big deal.

This season presented an opportunity -- one that is now lost thanks to a run of bad baseball and nine losses in 12 games since the All Star break. San Diego was in contention until then. And don't give me this poppycock about the only hope was a wild card berth and there was going to be no way to beat the Dodgers come October, anyway. A wild card would have represented something significant, and that is this: the Padres would have been playing meaningful games in the month of September for the first time in nine years. And, by chance, had they earned a wild card, they could easily have won one wild card game. Then who says they couldn't have taken a series from L.A., as they did by winning three straight at Dodger Stadium before the season turned south?

But alas, this all is just a pipe dream now. So we must go back to looking at the future. Let's just say for a moment that practically everyone is correct, and the Padres are going to field a playoff-contending team in the next couple of seasons. I know it seems like a certainty given all of the hot talent lava now getting set to arrive on the big league scene, but it's far from certain.

That's because projections are just that. And just because the scouts and band-wagoners have assured us that each and every Padres prospect will be great, the fact is they still have to come to San Diego and prove that to be the case. Dinelson Lamet, still coming back from Tommy John surgery, seems like a perfect example of what I'm talking about. A future ace, they say, with unhittable stuff. Maybe. But for now, all he is is a sub .500 career pitcher (7-11) who can't pitch more than five innings in any game. Luis Urias, still looking to bat over .100, is another surefire star, who's far from bright at this point.

But let's assume for the sake of argument that the rest of this season, and part of the next, is going to serve as a proving ground for the players in this organization to step up and show that they belong among the top 25 guys this team is going to field if (when?) this team finally fulfills everything that is expected of them. Which 25 guys are still going to be around? Let's take a few guesses.

Catchers: Francisco Mejia and an unknown backup. Going forward with both Mejia and Austin Hedges eventually is not going to work. You're going to have to pick one. And Mejia is the more likely guy to give you what you're going to need. Hedges simply can't be this much of an automatic out, no matter how good everyone thinks his defense is, and how great he is at handling a pitching staff. In this day and age, your catcher also has to produce -- something, anything.  And Hedges simply doesn't. He'll be packaged in a trade this offseason, and the Padres likely won't get a whole lot for him. Nevertheless, the job will be Mejia's.

Infield: The golden future foursome of Hosmer, Urias, Tatis, Jr., and Machado is a long way from fruition -- and I'm not sure the entire thing will ever stick. Three of the four spots, of course, have all but been decided. If the Pads ever win anything, Hosmer, Tatis, Jr., and Machado figure to help them do it. But what of Urias? Should we give up on him so quickly, deal him elsewhere, and watch him bloom in another uniform? Or do we give up on him and figure he's never going to bloom at the Major League level? More and more I'm (we're all) starting to believe it's going to be the latter. Prediction: the second baseman on the Padre team that returns to postseason play -- whenever that might be -- is not yet on the roster.

Outfield: I'd love to go with Hunter Renfroe and Franmil Reyes and all their power at the corner outfield spots for the foreseeable future. But I don't think it's going to turn out that way. They're actually much the same ballplayer, except for a couple of glaring differences: Renfroe's defense and his flair for the dramatic. Reyes is loveable, but eventually, I see him sadly being dealt away as part of a deal that brings the yet-to-be-determined right fielder to the Padres' eventual postseason roster.  Renfroe will stick in left field, and I see the playoff center fielder being Franchy Cordero. He still needs to get healthy, but he has all the tools, many more so even than the incumbent in center Manuel Margot.

Starting Pitching: The names roll off the tongue....Lamet, MacKenzie Gore, Garrett Richards, Chris Paddack, Joey Lucchesi, Eric Lauer, Cal Quantrill and a bunch of others. Who actually will make up the five-man rotation once success finally settles in? The only sure thing in the group seems to be Paddack. Gore, just based on the gushing that goes on when folks talk about him, will grab another spot. Get ready to put together a major prospect package for a certifiable ace that actually can pitch seven innings without the worry that their arm will fall off. The four-five spots will come out of those remaining.

Bullpen: I differ from many experts here. To my way of thinking, Kirby Yates can and should be the playoff team closer. He is established, he is good, and he can be trusted. I say don't trade him because you have nothing else that's a sure thing. The rest of the pen will be comprised of young flame-throwers with names like Morejon, Baez, Castillo, Wingenter, Patino, Munoz and Espinoza -- with a few yet-to-be-acquired veterans sprinkled in.

Manager: This is the one everybody is wondering about. Will Andy Green be there on the day that this organization finally sips champagne? Chances are, he won't be. Through no real fault of his own, it's just the way things tend to have a way of working out. One guy teaches and cajoles and sits through the growing pains of a young up-and-coming team. Then another swoops in and takes over in time to reap all the benefits of the first guy's hard work. Green, I believe, will fall victim to this scenario, probably a bit sooner rather than later.

But it's OK. Because none of us really care who the skipper is when the Padres finally realize all their potential and arrive at the pearly gates of the postseason. All we care is that one day they actually get there.

I mean, that day is going to come.  Right?