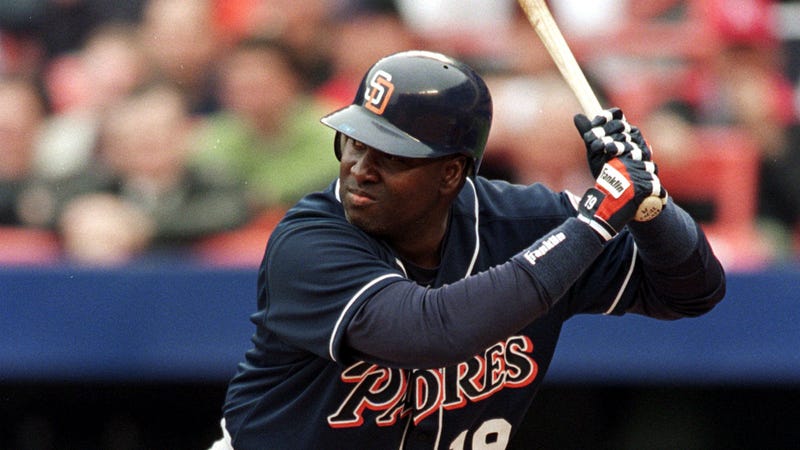 True or False? A 10-19 run to start play after the All-Star break has for all intents and purposes put an end to the Padres' hopes for the 2019 season. True.

Now, one more: True or False? A 10-19 run to start play after the All-Star break has for all intents and purposes rendered the remainder of this 2019 season completely meaningless.

In fact, these final six or seven weeks may wind up being as important as any month-and-a-half the great Tony Gwynn or this not-so-great franchise has played in a very long time. Think, for a moment, just how this season's stretch run will be so crucial for the futures of so many people.

Here's who the final six weeks mean the world to: anybody on the Padres not named Machado, Hosmer or Tatis. Or Fowler, or Seidler.

That's pretty much the list. For anybody else in Padre blue (soon to be brown, thank goodness!), immediate futures and in some cases even far beyond immediate futures will be decided. So never mind the team's 56-64 record with 52 games left to play. From here on out, never mind the wins or losses, either. Only pay attention to how, exactly, these things play out.

You can start right at the top. A.J. Preller's master plan for success better continue to look like it's headed toward ultimate fruition. Even though 2020 was supposed to be the season, it can be hard to sell a fan-base that any of that's actually going to happen if the club finishes with less than 70 victories. Would the Fowler/Seidler tandem fire the young general manager should the rest of this season disappear down the porcelain fixture? Most likely not, but stranger things have happened.
For sure, manager Andy Green's job is up for grabs over the final third of the season. Some think he has all but been fired, already. That's not true, but don't kid yourself into thinking that the Padres' final record in 2019 is not going to mean everything. Should the Friars rally to finish at .500, wouldn't it be difficult to let go of a skipper whose team has improved by 15 wins over the season before? On the other hand, if this current pace continues and the Pads end up losing 90 games, can you afford not to fire a skipper whose team barely improved despite the presence of far larger payroll than the year before?

Pitching-wise, everybody should be on notice, perhaps, with the exception of a tall Texan named Paddack. Has anyone other than him really locked down a spot on next year's roster? You'd think that the likes of Quantrill, Lucchesi and Lauer are locks for the rotation in 2020, but don't be so sure. There are plenty of others like Richards, Lamet and Gore to name a few, looking for those spots as well. The bullpen has turned into such a mess in the second half that all jobs are up in the air -- even that of closer Kirby Yates, who must continue to prove he belongs here rather than on the trade block.

Second base...Urias? Catcher...Mejia? Left field...Myers? Center field...Margot? Right field...Renfroe? That seems to have the look of the way things will work themselves out, but again beware.

Urias still must prove he can hit a fastball before any job for 2020 is bestowed on him. Meja must prove he can consistently catch one. The outfield is what's there currently, but next year it could always look like Naylor, Jankowski and Cordero. All of those jobs are wide open.

How things finish out in 2019 will determine most, if not all, of the answers.