In celebration of what would be Stan the Man's 100th birthday on Nov 21 here are some interesting facts about the greatest Cardinals player of all-time...

1) As we all know, Stan was born in Donora, PA in 1920. The interesting thing about that is that fellow Hall of Famer Ken Griffey, Jr. was also born in Donora...49 years later. It's crazy to think that two Hall of Famers, two of the all-time greats, were born in the same small town of less than 5,000 people (as of 2018). 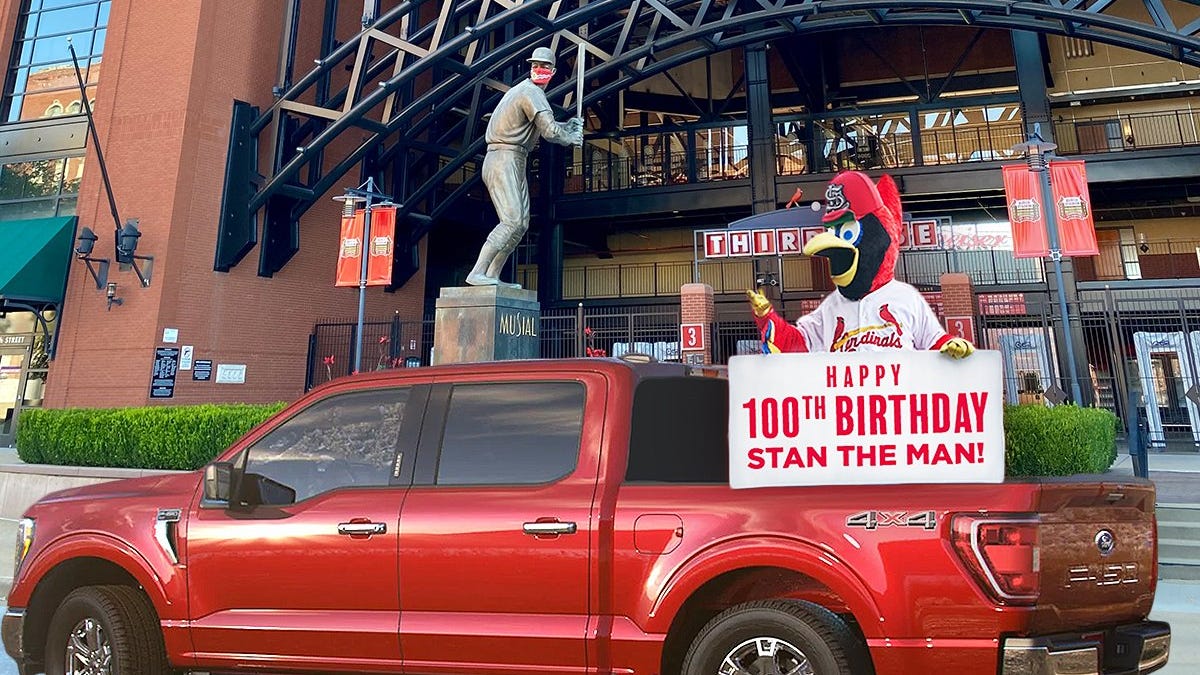 2) As a teenager playing in the minor leagues, Stan was a 2-way player. In fact, in 1940 while playing in the Florida State League Stan went 18-5 with a 2.62 ERA over 223 innings. A shoulder injury eventually led to Stan becoming a full-time hitter...which turned out okay.

On this date in 1958, Stan Musial collected his 3,000th career hit with a pinch-hit RBI double against the Cubs at Wrigley Field.

Stan finished his illustrious career with 3,630 hits, fourth most in MLB history. pic.twitter.com/j7pNczlivT

3) We all know Stan was a renowned power hitter during his illustrious career but did you know that he didn't have a season with more than 19 home runs until his 6th full season at the age of 27?

4) Stan missed his age 24 season serving in the Navy during WWII. While he was stationed in Pearl Harbor he was able to keep his baseball skills sharp by playing in the base's 8-team baseball league.

5) Here's a cool fact that shows you how different MLB was during Stan's time...he only struck out 696 times in 22 years, averaging less than 40 whiffs a season. It's not rare for modern players to strike out that many times in 4-5 seasons.

6) Even though Stan retired nearly 60 years ago he is still 8th all-time with 1951 RBI. The only players with more RBI than Stan are Hank Aaron, Babe Ruth, Albert Pujols, Alex Rodriguez, Cap Anson, Barry Bonds and Lou Gehrig.

Jim Thome is just a general fan of Stan Musial's career, who's able to spit out the @Cardinals legend's career stats as easy as spelling his name @MusialAwards @STLSportsCom #STLCards https://t.co/iLaqWPGYLI pic.twitter.com/hLozVSeCZR

7) In addition to being a great home run hitter Stan was also able to generate other kinds of power. He is 3rd all-time with 725 doubles in his career ranking behind only Tris Speaker and Pete Rose. Stan is also in the Top 20 all-time in triples with 177. Add all of that up with his 475 HR and he ranks 2nd all-time in total bases behind only Hank Aaron.

8) Musial finished his career with 3 MVP awards but could have had a bunch more. He was the runner up four other times and finished in the Top 10 in MVP voting 10 times, not counting the three years he won the award.

9) Even though Stan didn't play in the modern era dominated by analytics, the modern day analytics REALLY like Stan. He has the 8th most Wins Above Replacement (per Baseball Reference) in MLB history.

#TBT Stan Musial received Presidential Medal of Honor 6 years ago yesterday. I was blessed to be able to attend. #RIP #STLCards #stantheman pic.twitter.com/DrqbmJOH7B

10) In 2011 Stan was awarded the Presidential Medal of Freedom, the most prestigious award that can be given to a private citizen.