Barry Bonds homered an MLB record 762 times during his major league career, though the moment that's most emblematic of his dominance probably wasn't a home run.

In the bottom of the ninth inning of the San Francisco Giants game against the Arizona Diamondbacks on May 28, 1998, Bonds came to the plate with the bases loaded and two outs, with the Giants trailing 8-6. Rather than taking a chance the Bonds would win the game with one swing, Diamondbacks skipper Buck Showalter chose to bypass the at-bat at all, intentionally walking Bonds and forcing a run in.

Nearly 23 years later, Bonds revealed what his thought process was during one of the stranger instances in MLB history.

"I was shocked at first," Bonds admitted in an hour-long interview with New York Mets slugger Dominic Smith. "I think if I go back in the film and look, I looked like the dugout going 'What the heck is going on here?' It was the first time, I had never seen it happen before and I was feeling really good at the time, I was pretty locked in at the time. But, I had a great hitter behind me in Brent Mayne...he was a contact hitter...and your job in baseball is to keep the line moving, right? I don't really lick my chops that much [when the bases are loaded], I just want to keep the line moving. I don't want to be the guy to make that last out. And that comes with age and experience. You learn to say 'You know what, take my hit, move on and allow my teammate to do his job.' And me walking with the bases loaded, at first I was shocked, but when I got to first base, I was a cheerleader for my team."

Showalter, one of the most successful managers of his era, explained his side of the exchange last year.

“In that case, and I was looking at it and I could see if you did the math, where [Bonds] would fall in the batting order,” Showalter told Jessica Kleinschmidt of NBC Sports Bay Area in October of 2020. “You have to understand, he didn’t start that game -- he came in as a pinch hitter earlier. Jeff Kent, who was having a typical MVP year was not hitting behind him. And I love Brent Mayne, good major league player, but he wasn’t Jeff Kent and he wasn’t Barry Bonds so you had to pick your poison.”

Ultimately, Showalter's gamble paid off. Walking Bonds did bring the Giants to within one run, but catcher Brent Mayne lined out to right-center field to end the game, allowing the Diamondbacks to hold on for an 8-7 win.

As Showalter said, Mayne had a very nice career, lasting 15 seasons in the majors. Still, Bonds slashed .303/.438/.609 with a 1.047 OPS in 1998, which was a rather pedestrian campaign for that stage of his career. There aren't many players in baseball history that would require that radical of an approach, but Bonds at the height of his powers certainly was one. 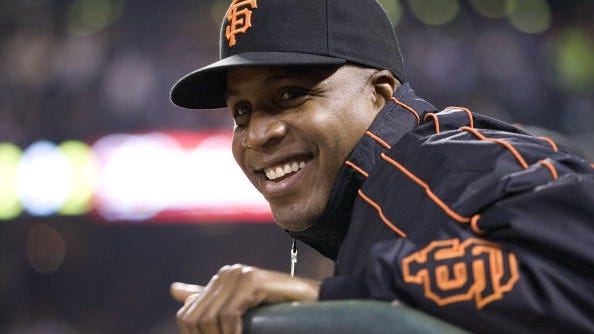 Former teammate tells story of Barry Bonds' mentorship, advocates for him in the HOF

music
5 of our favorite Cardi B internet moments
music
Olivia Rodrigo is taking notes from Taylor Swift and only writing songs that are 'meaningful'
news
Study: American pregnant women uncertain of COVID-19 vaccine, global moms-to-be not hesitant
music
Watch Dolly Parton get the vaccine, 'a dose of her own medicine'
news
Biden says US will be able to vaccinate all Americans by end of May, moving up timeline two months
music
WATCH: Netflix releases 1st trailer for documentary on college admissions scandal