Last year's Rookie of the Year race was supposed to be a close one at the start of the season. Then, Zion Williamson missed the first 44 games of the season and Ja Morant seemed to run away with it. Williamson finally made his debut and took the league by storm, producing all sorts of record-breaking numbers within the first couple of months of action to make the race at least a little bit intriguing.

But it was never really close. Morant came away with the award, Williamson was practically out of the race by default after missing such a large quantity of games, and other rookies like Kendrick Nunn, Brandon Clarke and RJ Barrett, though impressive, never realistically had a chance. Tyler Herro's postseason heroics didn't come into play in terms of the regular season award, though he was also undeniably impressive.

For the purposes of this intro, however, the key takeaway is that it was never really a "race." Morant took home 99 of the 100 first-place votes, as he led a previously boring Grizzlies team into a new, exciting era.

This year, it's nearly impossible to peg one member of the newest class of first-year players as a runaway favorite like Morant. In fact, it would be more surprising if it was a runaway favorite as opposed to a close contest down the stretch of the (for now) 72-game season. Given the circumstances heading into the season, these rookies had little preseason exposure. Lineups still aren't sorted out, as we have clearly seen with the Lakers, for instance, as they experiment with a number of approaches on the floor. It's going to be a fairly plug-and-play type of approach for some teams that understandably haven't had a chance to see what will work best for them throughout the course of the regular season.

With all that said, we can attempt to break down which rookies have the best shot at taking home the Rookie of the Year award this season based largely on the role they'll be expected to play this year. Things will inevitably change, but we already have a pretty good idea of who the 20-plus minutes per night players are, as opposed to the ones whose introduction to the league could take place predominantly on the bench. 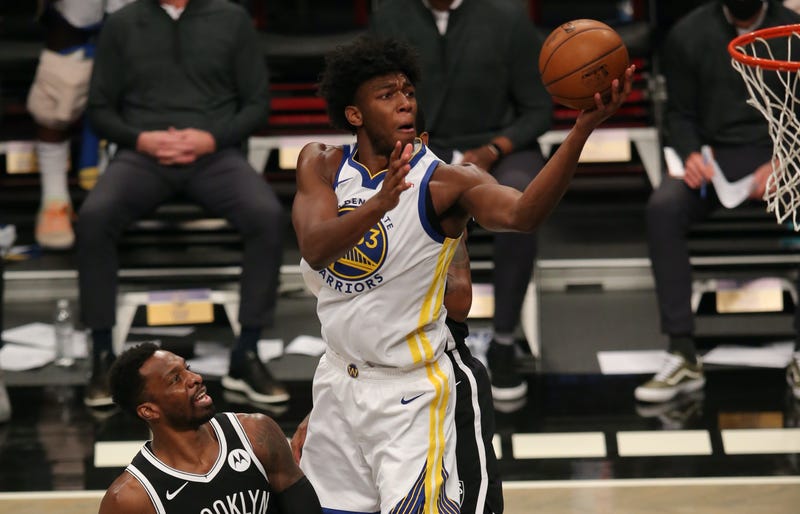 For a player who didn't play throughout the entire training camp or preseason, Wiseman's NBA debut was one pleasant surprise in an otherwise disastrous night for the Golden State Warriors. He was a commanding presence in the paint and expanded his range with a couple of looks from outside.

Wiseman not only impressed his teammates, coaches and fan base; he impressed himself, saying after the game that this was the case. His drive and love for the game was one of the main concerns coming into the NBA, and the fact that Steve Kerr played him right away to good results — results that even the rookie himself looked back on with glee — is a good sign to ease those concerns.

Another thing that might help Wiseman's case is that the Warriors need him — badly. Losing Marquese Chriss to a leg injury only increases his role, one that was there to begin with for a less-than-stellar unit. We're not ready to exaggerate and say that they're a lost cause already, but Golden State seems to be a good location for a rookie looking to make an impact right away.

No. 2 pick James Wiseman (18.5 PPG) has the most points for a Warriors rookie through the first two games since Rick Barry 😤 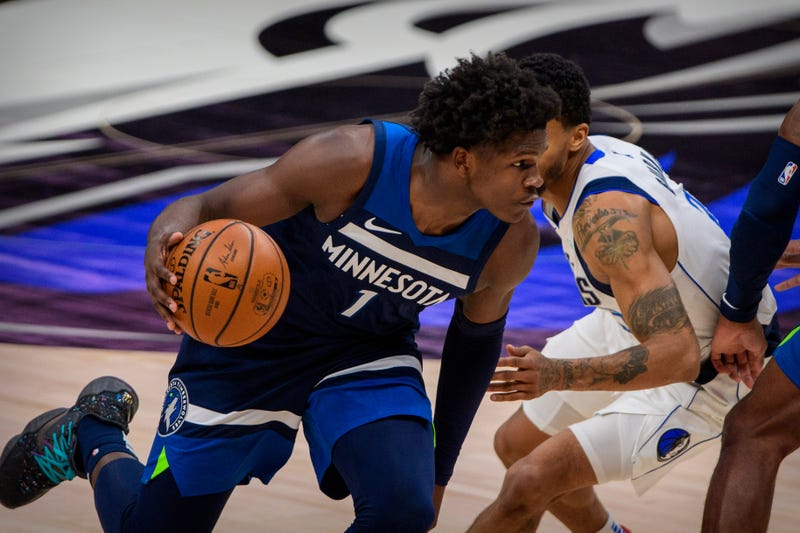 In the preseason, we saw a brief glimpse of something that certainly wasn't expected of Edwards, at least in his very first exposure to NBA action, and that was lockdown defense. Lockdown defense that showcased constant effort and came against one of the best players in the league. And it was truly impressive.

This is what Anthony Edwards can look like on the defensive end when he's fully engaged. Quick feet, physical at 230 pounds, long-armed. Really nice 1-on-1 defense against one of the best players in the NBA. pic.twitter.com/ezzDcFWixj

As expected, however, it's been the explosive offensive upside that has told the story through the first week of his rookie season. He's made history already, becoming the first Timberwolves rookie with at least 15 points in his first three games. 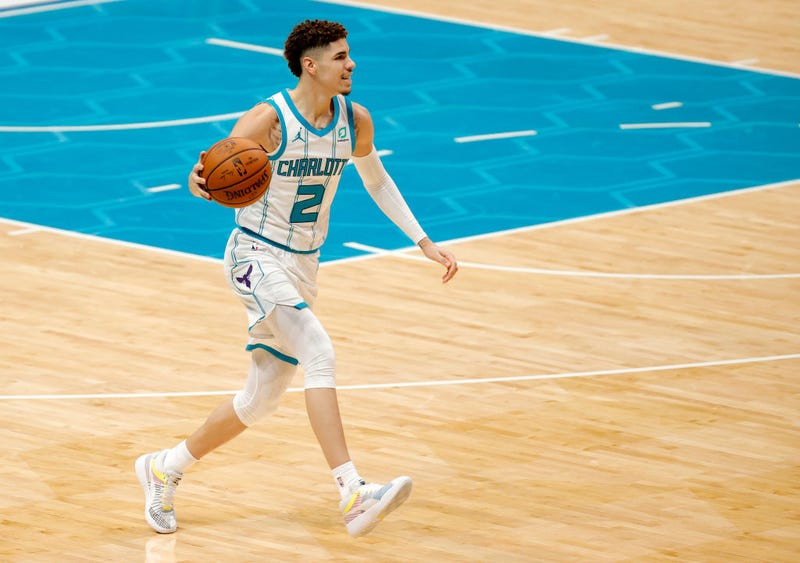 LaMelo Ball was selected third overall in the draft, but he was at the very top of several draft experts' boards. Obviously, he's had professional experience by playing in Australia as opposed to several other names at the top of the draft that had played in college. Ball also has the mentality that he can take over the game at any point on the offensive end of the floor, so much so that he could very well lead the team in a number of offensive categories.

All this hype, then, has left us feeling just a little disappointed at what we've seen so far to this point. His debut was a complete goose egg — 0-for-5 shooting from the field while Terry Rozier exploded for a career-high 42 points on 10 three-pointers. However, the following two games have been better, even if a little underwhelming. He's shown a flare for excellence on more than one occasion in the process, however.

I'm going to assume that his role will continue to grow. Otherwise, with around 20 minutes per game, it'll be hard to take home the hardware let alone stay in the top three candidates on this list. 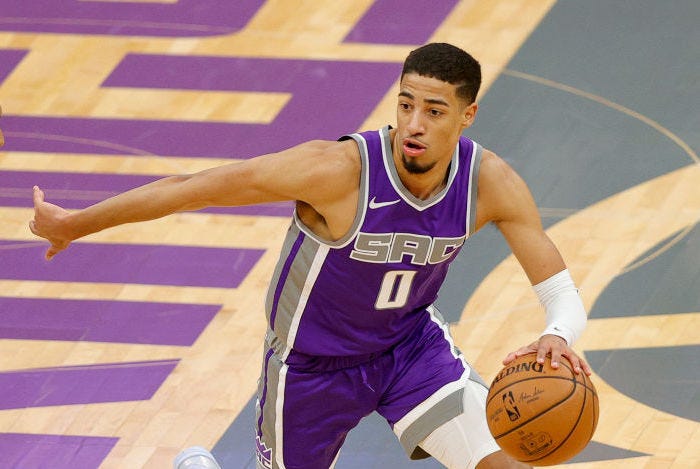 One turnover in his first 83 minutes of play is a good indication of how well Haliburton's rookie campaign has gone to this point. Considered a steal by many when the Kings got him at No. 12, he may not have represented the biggest need for Sacramento, but he's enjoying a seamless transition to this point — and they have needed him, as it turns out.

And his teammates are well aware of the impact he's had on the Kings' success through just three games.

“He understands the game really well,” star guard De’Aaron Fox said (via James Ham of NBC Sports Bay Area). “He plays beyond his years and that’s a helpful thing for himself and the team.”

He's not the same big name as the first three candidates on this list, but don't sleep on Haliburton becoming one of the best everyday players in this entire draft class. 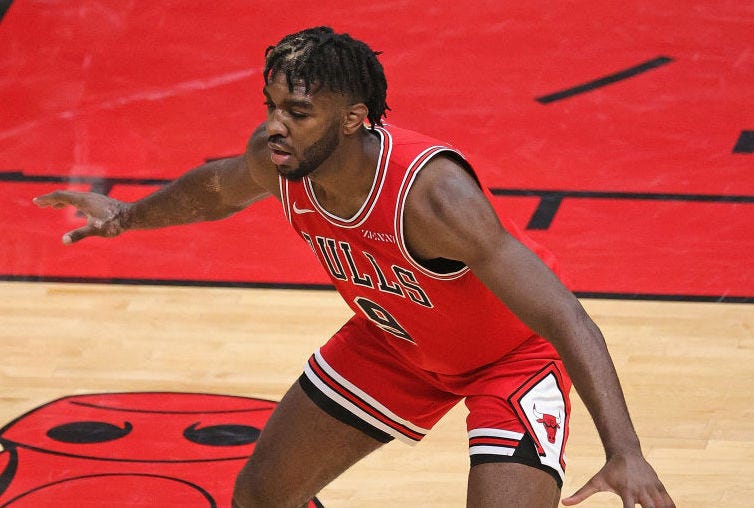 Patrick Williams gets into position for the Bulls. Photo credit (Jonathan Daniel/Getty Images)

Another rookie bright spot in a league that's been full of them — see the honorable mentions section below for some more — Williams was elevated to the starting small forward over Otto Porter to begin the season. Anyone who gets 27 minutes per game — a number that will likely go toward 30 minutes so long as there are plenty of bad games in Chicago where he can get garbage time — has a realistic shot at the Rookie of the Year award.

Williams has done a little bit of everything. He's been solid on defense. He's been able to run the floor on the fast break. He's hitting shots from long range. What's not to like... other than the team's 0-3 start? 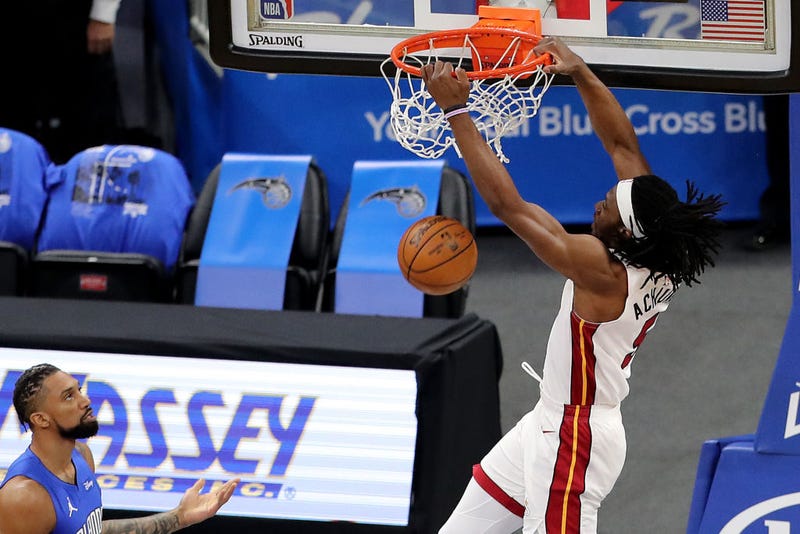 - Obi Toppin: Early season injury doesn't help his case, but he could do a ton of scoring for this Knicks team.
- Precious Achiuwa: Emergence as a bench scorer with defensive upside came surprisingly quickly.
- Deni Avdija: Should benefit from playing on the perimeter while Westbrook drives to the hoop, and his 4-of-8 shooting from deep is an indicator of that. Plays a lot of minutes.
- Killian Hayes: Surprising that he hasn't played a larger role already, but eventually the Pistons will realize they should be giving more minutes to him to prepare for the future.
- Isaac Okoro: While his Cavs are shockingly undefeated, it hasn't been thanks to Okoro's offense — he scored a total of zero points in over 41 minutes of play on Saturday. Still, such a huge role means it could start paying off in the box score, and his defense has been there.