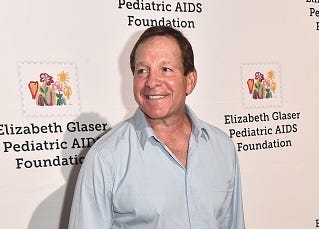 Steve Guttenberg built his career with some of the most beloved films of all time..."Cocoon", "Short Circuit", "Three Men and a Baby" and, of course, the "Police Academy" movies...and he's also built a reputation as one of the nicer guys in Hollywood.

Between his work with numerous charities, and joing the Lymphatic Education & Research Network's (LE&RN) Honorary Board...he's used his celebrity to help a whole lot of people.And now, he's joined Cameo, and you can send your friends and family personalized messages from Steve too!!