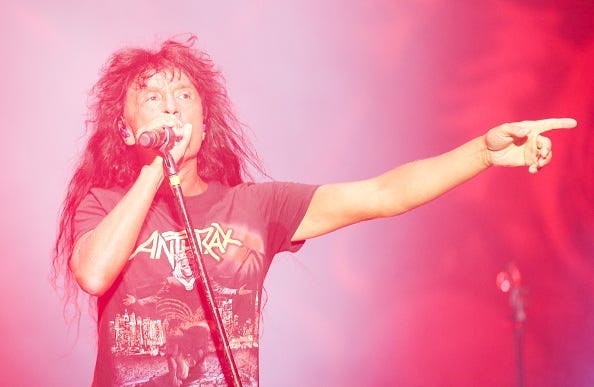 There is no quesion as to whether or not Anthrax deserve the status of "metal legends".

As one of the "Big Four" of Thrash Metal (alongside Metallica,Slayer and Megadeth), they were one of the most influential bands of the era, with a sound that set them apart from the contemporaries.And now, the band is celebrating the release of their album, "Persistence of Time" with a 4 LP, 2 CD and DVD edtion, out this August, that you can pre-order at anthrax.ocmWe had the chance to talk to lead vocalist, Joey Belladonna...who, despite his legendary status, remains one of the most laid back and grounded people you will ever meet. He truly wears his legend well.