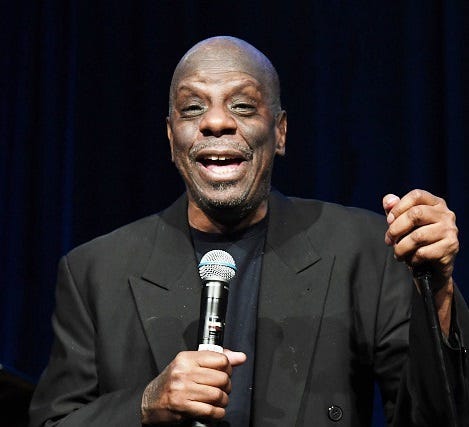 Mitzi Shore launched the careers of some of the biggest comedians in history from the stage of her club, The Comedy Store...Richard Pryor, Robin Williams, David Letterman, Jay Leno, Garry Shandling, Paul Mooney, Andy Kaufman, Michael Keaton and SO many more.But the club's first big star was Jimmie "JJ" Walker...who soon went on to become the biggest star on television at the time on his show, Good Times!And his tales of coming up in show business of the stuff of legend.But now, Showtime has come out with a new docu-series exploring the history of the legendary Comedy Store, and Jimmie is featured in the first episode...getting the recognition he so rightly deserves!!And man, he has some stories...including a little story about how he inadvertently saved John Travolta's life!