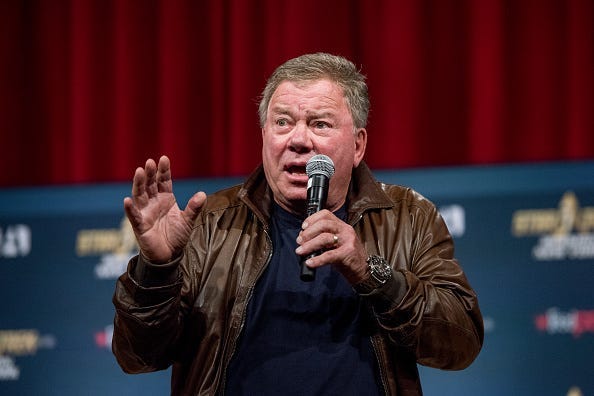 When you think of the icons of the science fiction genre of television and film, one of the top names on that list has to be the legendary Wililam Shatner!As Capt. James T. Kirk on Star Trek, he set the standard for all who followed in his path.And through the series, the numerous Star Trek movies, not to mention his many other acting credits...even at age 89, he's showing no signs of slowing down!He hosts the History Channel show, "The UnXplained"...he's set to release an album of blues standards feating the likes of Ritchie Blackmore (Deep Purple/Rainbow), Brad Paisley, Jeff “Skunk” Baxter (Steely Dan, Doobie Brothers), Steve Cropper (Stax Records), James Burton (Elvis Presley), and many more!But today, 54 years to the day of Star Trek's television debut, he's celebrating Shout Factory TV's Star Trek Day Marathon, featuring numerous documentaries about one of greatest sci-fi franchises of all time!!