Los Angeles rockers Dirty Honey are the next classic rock-inspired band to watch out for. They’ve already caught the attention of heavyweights like The Who and Guns N’ Roses, who invited them to open up concerts.

With Marc LaBelle on vocals, John Notto on guitar, Justin Smolian on bass, and Corey Coverstone on drums, Dirty Honey built their sound on the blues. The result is a gritty brand of rock with soaring vocals, intense riffs and driving grooves.

"What we do is from the vinyl prime time era - the '70s and maybe a touch of early '80s, and '90s, with some modern stuff as well,” Notto told Billboard this summer. “We try to be like the imaginary baby of all the big bands you can think of -- AC/DC, Aerosmith, Guns N' Roses, Led Zeppelin, the Black Crowes.” 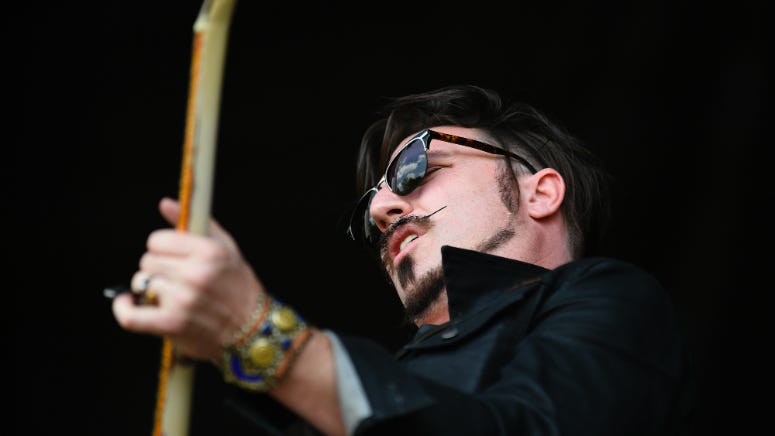 The sound they come up with puts them in the same league as other bands that are bringing rock back to the mainstream like Rival Sons and Greta Van Fleet.

Dirty Honey’s eponymous EP was just released and features the single “When I’m Gone,” which just rose to #11 on the Mainstream Rock chart. Watch an exclusive acoustic performance of the track in the video above, before checking out “Rolling 7s” below.

Dirty Honey are honing their craft on the road this summer with solo shows, festival dates and opening slots. They’ll also tour with Alter Bridge and Skillet in the coming weeks. Check out the complete list of dates here.