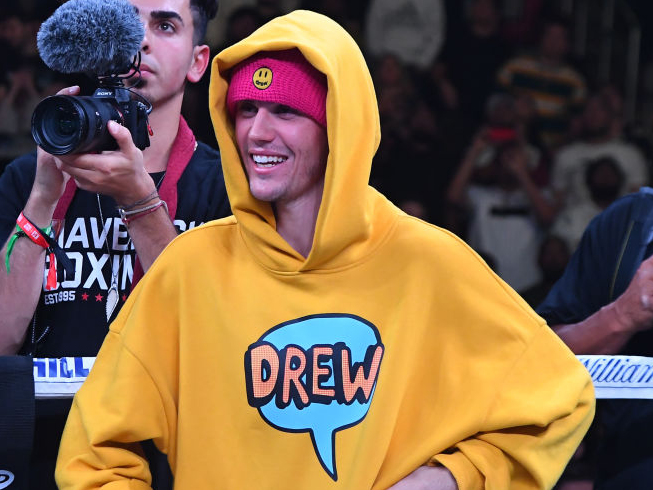 After a long break, Justin Bieber dropped the new song "Yummy" at midnight ET on Friday, and also released an accompanying lyric video, Billboard reports. The song is expected to be the lead single and title track to his forthcoming album, and it is flirtatious Bieber at his best. "Yeah, you got that yummy-yum," he sings, adding "And you stay flexin' on me." Bieber had a busy year collaborating in 2019, guesting on songs with BloodPop, DJ Khaled, Ed Sheehan, Billie Eilish and Dan + Shay, but when his new album comes out it'll be his first major solo work since 2015's Purpose. There's still no specific release date for the album, but it's expected to drop in 2020.