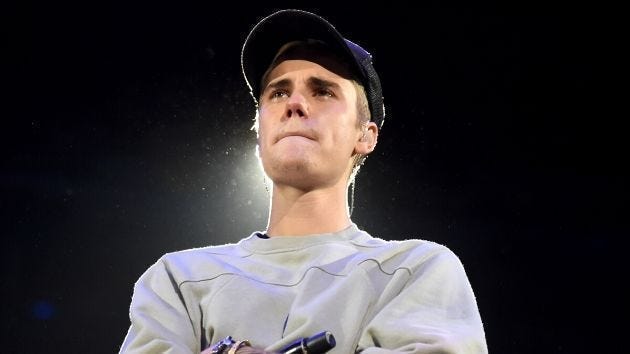 Justin Bieber has filed a $20 million defamation suit against two social media users who accused him of sexual assault earlier this week, claiming the allegations are "factually impossible," TMZ reports after reviewing the legal documents. The pop star is suing two social media users "Danielle" and "Kadi", and claims he has "indisputable documentary evidence" to prove their claims are "outrageous, fabricated lies." Danielle claimed Bieber assaulted her in a Four Seasons Hotel room in Austin, Texas, on March 9, 2014, but Bieber says he can prove he did not stay at the Four Seasons that night, and was with his then girlfriend Selena Gomez after playing SXSW. He speculates that Danielle made up the story based on news reports that he ate at the Four Seasons the next day. Kadi claims he assaulted her at a NYC hotel on May 5, 2015, which he says is also factually impossible and again made up based on public reports. He believes Kadi is a superfan who waits outside hotels for him, but he's never met. He also believes the accounts may be run by the same person, or coordinating in some way. He is suing for $10 million for each of the stories.