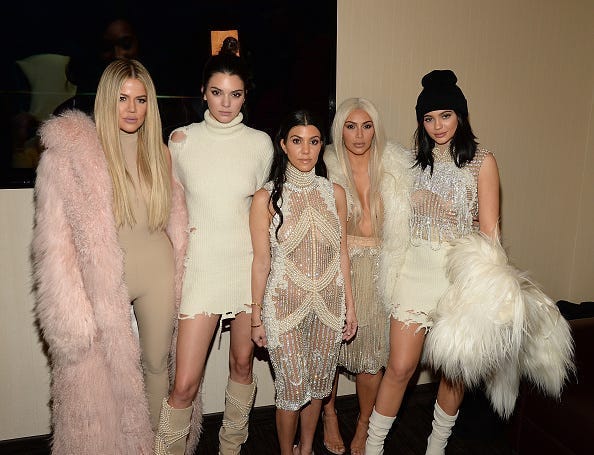 On Tuesday, Kim Kardashian West announced that her family's reality show is ending in 2021, at the end of Season 20, according to The Los Angeles Times. “It is with heavy hearts that we’ve made the difficult decision as a family to say goodbye to Keeping Up with the Kardashians,” she wrote on Instagram. West announced the news on the eve of the show's 19th season. “After what will be 14 years, 20 seasons, hundreds of episodes and numerous spin-off shows, we are beyond grateful to all of you who’ve watched us for all of these years, " said a statement from the E! network that several family members signed off on. The show, produced by Ryan Seacrest, started on the E! network in 2007. It turned Kim Kardashian West and her entire family into stars and entrepreneurs. Several short-lived spinoffs featured different members of the family. "This show made us who we are and I will be forever in debt to everyone who played a role in shaping our careers and changing our lives forever," Kardashian West added. “I’m too emotional to fully express myself at the moment. My sappy post will come soon. Change is hard but also needed at times," said Khloé Kardashian in her own post. Season 19 of Keeping Up With the Kardashians will begin on September 17.