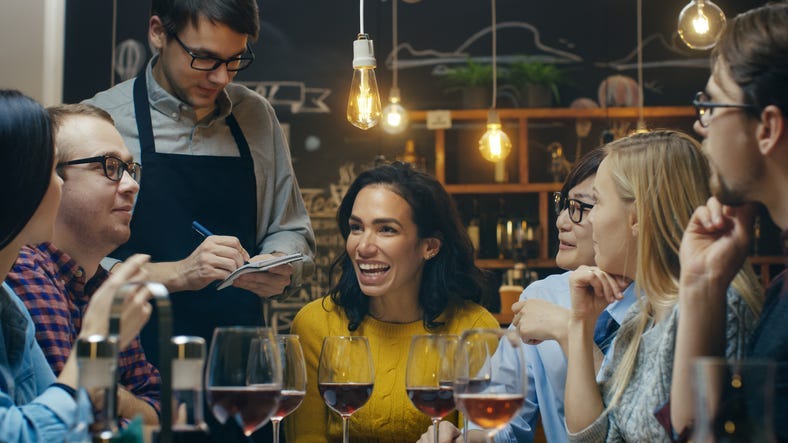 By Allie Hartwick 99.5 The Mountain

We're gonna have two warm days in a row, and we, the people of Denver, have earned it! Theres Mardi Gras, Margaritas, beers, Bloody Marys and shopping to get done before the snow returns on Sunday. Here are a few events that can help you make the most of this half-winter weekend.

Denver Restaurant Week BeginsvariesSo there's no official kickoff event, but this Friday marks the start of the foodiest food week in Denver. Tons of local restaurants will have special menus for a week, at some pretty killer prices. It's a great time to try somewhere new, or score a sweet deal at a fovorite spot.Participating restaurants and info here.
Free Comedy at Ratio Beerworksfree (obviously)Adam Cayton-Holland is one of Denver's better-known, nationally touring comedians. He's also got a brand new album coming out! Celebrate with him at Ratio Beerworks and start the weekend with a few laughs.Info right here.
KINK - Denver's Annual Fetish Ball$10This is a 21+ event and is NOT for those who are easily scandalzied, or for those who like to judge. Now that we've got those disclaimers out of the way, this is going to be a one-of-a-kind party. You may discover something new (solo or with your partner) and there will be drinks, dancing, and performances. It's a sexy way to spend a Friday night.Info here.

Celebrate National Margarita Day!variesMargaritas have everything. They are sweet, salty, sour, and full of delicious tequila. Celebrate at one (or two!) of many locations with marg specials today, like: Lola, Benny's, Chuy's, Los Chingones, and Tamayo. Just don't over-do it, no one likes to spend their entire Sunday in HangoverVille.
Summer Camp Meet & GreetfreeWe're wishing, and hoping, and waiting for summer to come, but that also means kids are out of school.... It's never too early to think about where you'll be shipping them off to summer camp, where, honestly, they'll have tons of fun and make lifelong friends and important memories, blah blah blah. Tons of camps from across the state will be at Empower Field at Mile High, so you can figure out what they're all about, and decide where the kids won't be bothering you, without taking a road trip.Info on the camp extravaganza here.
Beer Bacon and Coffee Fest$45Beer, bacon and coffee. Three of the best morning treats. Yes, you read that right. This Denver Beer Co. event starts bright and early at 8:30am. Every drink will be "breakfast inspired," and you'll get plenty of bacon, to make sure Saturday doesn't start too hard. You'll have two and a half hours to fill your mug (that you get to keep!) as many times as you can. Then it's home to nap.Get tickets here.
Top Secret Comedy with Don't Tell Denver$20Comedy clubs are great, but sometimes a more informal setting is what you're after. This crazy exclusive event doesn't tell you which comedians you'll be seeing, or the location of the show until the day of! You never know who you might see, which is kind of cool. And, you can bring your own food and drinks, which is really cool.Get tickets, and eventually more info here.

Bloody Good Retail Pop-Upfree-ishBloody Marys have the power to fix (almost) any hangover. Pair them with a little local retail therapy, and you can turn that Sunday morning frown, upside down! The only place to do it is at Punch Bowl Social on Broadway.Get some info on this whole to-do here.
Secondhand Clothing Swap$5 suggested donationYou've probably got a slew of stuff sitting in your closet that, let's admit it, you'll never wear again. Why not trade it in for something new, or new to you?  From 10am-2pm you can browse lightly-loved clothing that someone else doesn't need or want. It's a great way to reuse/recycle clothing, without adding waste, or buying more stuff.Get info on the event here.
Top Chef Dinner at Bar Dough$125This crazy-exclusive event in the Highlands gives diners a chance to dig in to creations by Top Chef Season 15 contestants Carrie Baird, Joe Flamm and Brother Luck. You'll want to make a reservation ASAP, 'cause seats fill up fast.Get more info and make a reservation here.