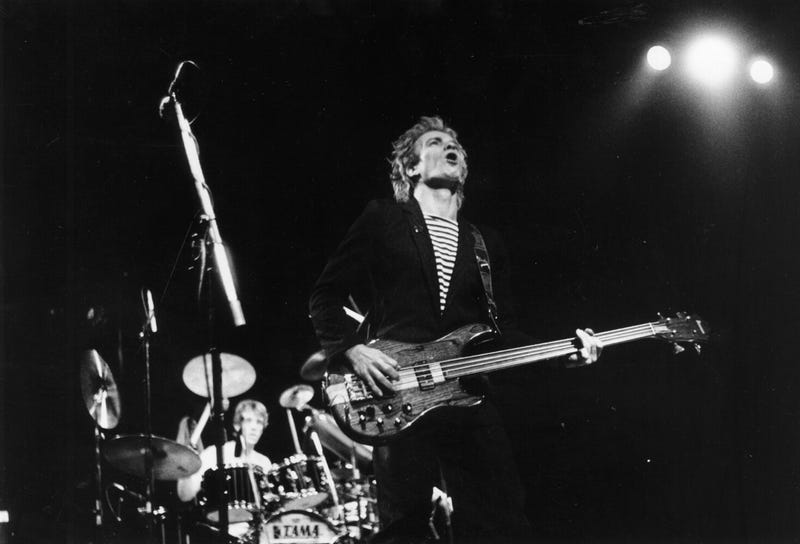 Before he was a major international solo artist and activist, Sting was a member of The Police.

While The Police were only together from 1977 to 1984, they accomplished a lot. The band had five UK chart-topping albums and snagged six GRAMMY Awards during their tenure.

The band made strides from their humble beginnings playing tiny clubs around London to playing sold-out arenas at the end of their “Synchronicity” tour. They reached global acclaim with their standout singles, some of the top songs of the 80s.

But their music is just as beloved today as it was when they were together. To celebrate Sting’s birthday -- which is Oct. 2 -- we’ve put together the most-loved Police songs.

Sting wrote this classic song after an early Police gig in Paris. The singer noticed some prostitutes near the band's seedy hotel, and noticed an old poster in the building's foyer for the play "Cyrano de Bergerac," which included a character named Roxanne. He went on to write this song with these two details fresh in his mind. Although the band weren't confident in this track at first, it went on to become a huge hit.

Every Breath You Take

Sting was disconcerted by how many people thought this song was positive. The singer said, "One couple told me, 'Oh we love that song; it was the main song played at our wedding!' I thought, 'Well, good luck.'" The song is actually about an obsessed lover, and was recorded when the relations between Police members were extremely poor, at a time when they would literally beat each other up in the studio.

Message In a Bottle

The lead-off single from the band's second album "Reggatta de Blanc," this song is about a castaway on an island who sends out a message in a bottle, desperately trying to communicate with the outside world. This is a favorite of the band members -- Sting said in an interview with Jools Holland of the BBC that he was "very proud" of the song.

Don't Stand So Close to Me

Prior to joining The Police, Sting an English teacher and soccer school coach. But don't worry -- the singer swears that this song about a schoolteacher with a crush on a student half his age isn't autobiographical.

Walking on the Moon

"Walking on the Moon" was the band's second number 1 hit in the UK. Sting said that when he wrote the song, "I was drunk in a hotel room in Munich, slumped on the bed with the whirling pit when this riff came into my head."

This song -- inspired by Bob Marley's "No Woman, No Cry" but jolted with a punky energy -- didn't make many waves when it was first released in 1978. However, it became one of their bigger hits when the band rereleased it in 1980, at which point they had become huge.

Sting wrote this song in the aftermath of his divorce from his first wife. Inspired by his fascination with Carl Jung and Hungarian-British author Arthur Koestler, Sting said the idea hit him when he was looking at the sun in Jamaica and said, "Look, there's a little black spot on the sun today." After a pause, he said, "That's my soul up there."