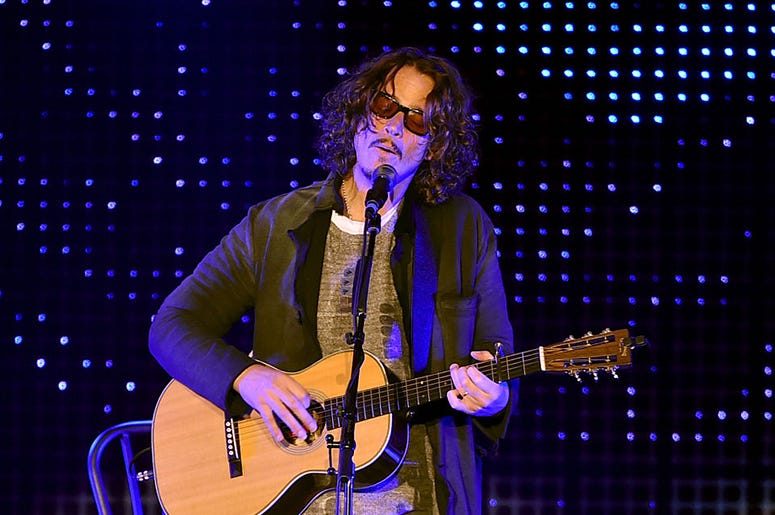 Vicky Cornell, along with her children, have released a new collection of cover songs by late Seattle musician Chris Cornell of Soundgarden and Audioslave fame on behalf of The Chris Cornell Estate.

No One Sings Like You Anymore features ten impeccable covers of artists and songs that inspired him throughout his career. Recorded by Cornell in 2016, the new offering features his take on John Lennon's "Watching The Wheels," "Get It While You Can," made famous by Janis Joplin, Prince’s "Nothing Compares 2 U" popularized by Sinead O'Connor, and more.

Today, Vicky Cornell and her children, Toni and Christopher, release 'No One Sings Like You Anymore,' Chris Cornell’s handpicked collection of 10 cover songs, which he personally selected and sequenced to celebrate artists and songs that inspired him. https://t.co/uVygNEk5S2 pic.twitter.com/kpi8PhFJFX

Cornell earned a posthumous number-one with his cover of the classic Guns N' Roses Lies track "Patience." Also featured on the album, it took the top spot on Billboard's Mainstream Rock Songs chart earlier this year marking the first recording from the late Soundgarden frontman to hit number one following his death in 2017.

The album is available to stream on your preferred platform and purchase now, as well as a number of other items related to the release, on the Chris Cornell web store.