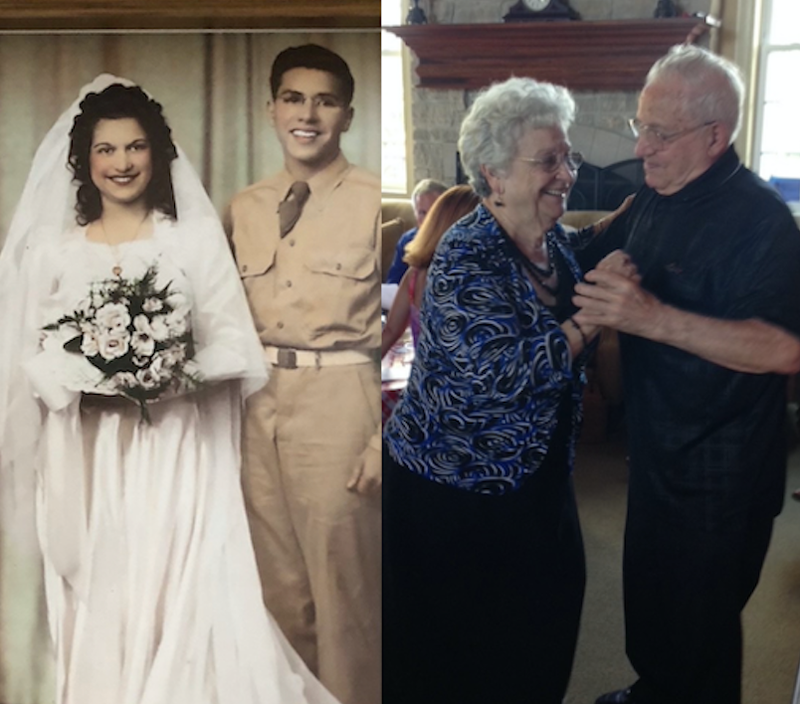 A suburban couple that just celebrated their 76th anniversary this summer were never apart from each other — until the pandemic.

And then as one of them became sicker, their daughters insisted they be together in the hospital.

Mary, 93, got sick first with COVID-19 and was hospitalized. Their daughter, Gail Grazian, said it was the first time they’d ever been separated.

“My dad is actually legally blind, so he could not see four feet in front of him,” the daughter said. “But as they rolled him into the hospital room, he said, ‘Hi, Mary.’

“And he must have just sensed her, and my mom said, ‘Hi, Hon. What are you doing here?’ And it was just a joy that they knew they were together.”

They were together for the final six days of his life. Mary was released from the hospital.

Now, their daughters say they pray for those families who cannot be with the ones they love as they take their final breaths. Pritzker: Some virus deniers are being abusive to healthcare workers