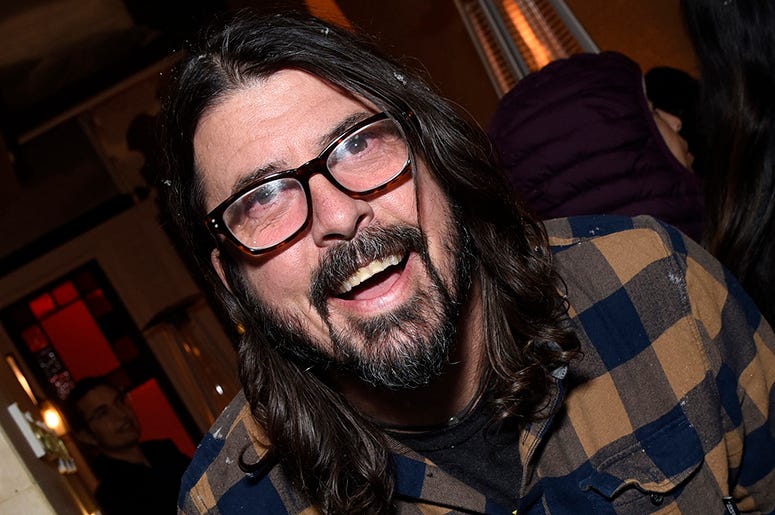 In the newest, holiday-themed episode of his 'At Home With’ series, host Zane Lowe spoke with Foo Fighters frontman and former Nirvana drummer Dave Grohl about personal playlists, his post-election performance on Saturday Night Live, holiday songs, quarantine, and much more.

One particularly festive story, perfect for this time of year, revolves around the parties that used to happen at "Grohl's little house" during the holidays while growing up with his mother and sister in Virginia.

"I don't know when this tradition started... maybe when I was like 13-years-old or 14-years-old. I grew up in a house that was really small and every Christmas night people just knew to come over to Grohl's little house. We would all just sit around and listen to music and drink and stuff like that," Dave explained. "By the time I was like 14 or 15, now I'm in a punk rock band, my punk rock friends are coming over. Then my mom's teacher friends are coming over and then my sister…"

"God I shouldn't be telling this story. This one year, I think I was like 15 or something like that. My friend gave me mushrooms for Christmas, right? I'd never taken them before. So, I thought, 'Okay, I probably shouldn't take them at this party because all of my mother's friends are coming over.' Right? They're teachers at the school that I go to, I know these people... So, my friend gives me all these mushrooms. I think, 'I'll take a little bit before the party.' Did. I was out of my f***ing mind. Right? So much so, one of the teachers from the school pulled me into the bathroom at one point and was like, 'Are you doing cocaine?' I was like, 'No, no!'"

Luckily for Dave, everything worked out. He was in the clear and was able to be left alone with his thoughts, and his music.

"After everyone left, I stayed up and tried to learn that Zeppelin song, 'Bron-Y-Aur,' that acoustic thing until like six o'clock in the morning. I never figured it out. I thought I figured it out, but I didn't really figure it out."

OK, maybe "worked out" was a strong term.

This story is just one of many the rocker has blessed fans with over the years. From his professed love for teachers, to the myriad of "Dave's True Stories' on Instagram, or his open optimism for the music industry, you can always count on the multi-instrumentalist and epic yarn-spinner for a rockin' good tale.

news
Seed-planting season: What home gardeners need to know
music
Lady Gaga's stolen dogs have been returned unharmed
music
Maren Morris and Ryan Hurd on ‘Chasing After You,’ and chasing 1-year-old Hayes around the house
sports
Jeremy Lin reveals he has been called 'coronavirus' on the court
music
Taylor Swift tells fans she 'cannot reschedule' tour dates
music
Lady Gaga tweets ask for the safe return of her French bulldogs, and for kindness