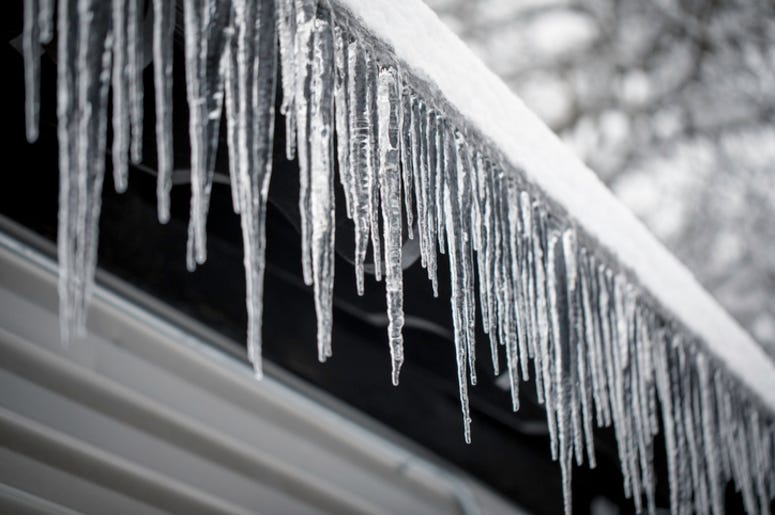 As anyone who has experienced a snow day knows; one of the first things one must do when they first see snow is run outside and attempt to catch snowflakes with their tongue.

While those who grew up in a warmer climate may not have a ton of these experiences, they should still know not all snow is meant to be eaten.

A meteorologist went viral recently for a video explaining why icicles should be avoided as cuisine, Fox News reported.

Don’t eat icicles! Please respect the fact that I edited out the original woman in the video (I have her permission) ##IciclePoop

In the video, Nickolaou reveals how icicles are formed, informing viewers that the icicles are often made of things most people wouldn’t want to eat.

“When icicles form, it’s from water that melts off of your roof and runs down the side of a building. Well, here’s the thing – you know what else is on your roof? Bird poop. A lot of it," Nickolaou says in the now viral video.

Her video has since been viewed over 12 million times, with many revealing they have made the mistake of eating icicles.

Luckily, now people know to avoid this wintertime snack. However, some won’t be able to resist eating their icicles.