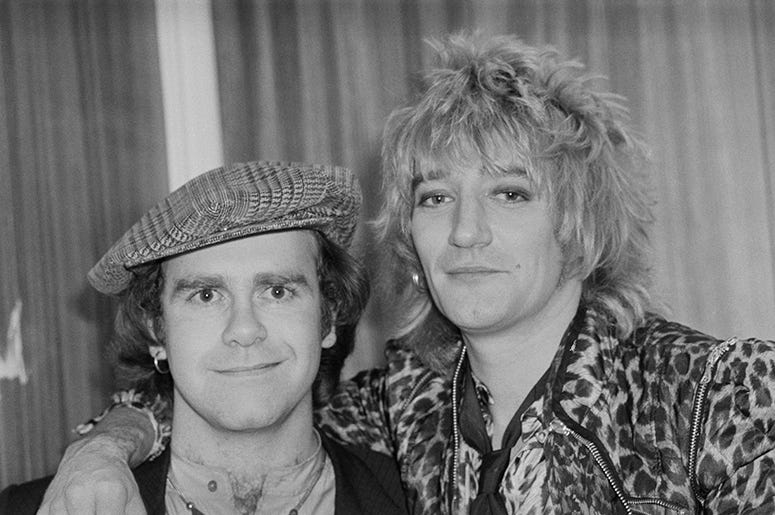 Despite their long-standing friendship, Rod Stewart and Elton John had a falling out a couple of years ago, with both of them sniping at each other in the press. But now, Rod's confirmed that he and Elton John have kissed and made up and are now "mates" again.

Appearing on a podcast hosted by Harry Redknapp, an English former soccer manager and player, Rod said, "We just made up. We're friends again now. We had the worst row, like a married couple -- it went on forever...but we're mates again now and I do love him."

When Redknapp asked why Rod and Elton were feuding, Rod admitted, "I was a bit spiteful when he announced his [farewell] tour...and I said, 'I just see it as money-grabbing.' Y'know, he's retired a coupla times before."

When Redknapp noted that it "takes a big man to say that," Rod replied, "That's exactly what I say to my kids, Harry: I say 'a man apologizes. Go apologize to your mother.'"