Both Rod Stewart and Mick Jagger have had eight children with five women, so by rock star standards, Sting seems positively conservative: He's had six children with two women, both of whom he married -- which is more than Rod and Mick can say.  But in a new interview with People, Sting admits that all of his children were "accidents."

“I never intended to be a dad but became a dad by accident six times...yet they were the happiest accidents of my life because they’re remarkable human beings," the former Police frontman says of his brood. "I didn’t intend to be the patriarch of a tribe, but I am.” 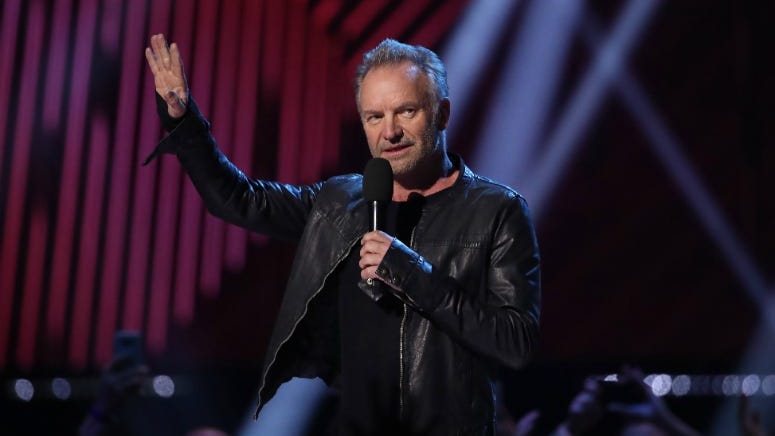 How Sting Keeps Decades Worth of Hits Still Sounding Fresh

Sting had two children with his first wife, Frances Tomelty, and four with his current wife, Trudie Styler.  He says being a married father early on, before he found fame, has made him realize that he's glad he wasn't a star at age 16.

"It kept my feet on the ground," he insists, noting that people who become famous too early "don't survive that."

"That’s why I haven’t promised my kids anything," the rocker, who's worth an estimated $400 million, adds. "I’ll obviously help them if they’re in trouble, but they’re not waiting for a handout. I wouldn’t want to rob them of that adventure in life: to make your own living. It’s a wonderful and difficult thing to do.”

Sting will launch his Las Vegas residency, My Songs, in May at the Colosseum at Caesars Palace. He says he's going to use his songs to tell his story, which he much prefers over the idea of someone making a Rocketman or Bohemian Rhapsody-style movie about his life.

“I would never do that," he insists. "Over my dead body. I couldn’t bear that idea...It actually makes me shiver.”