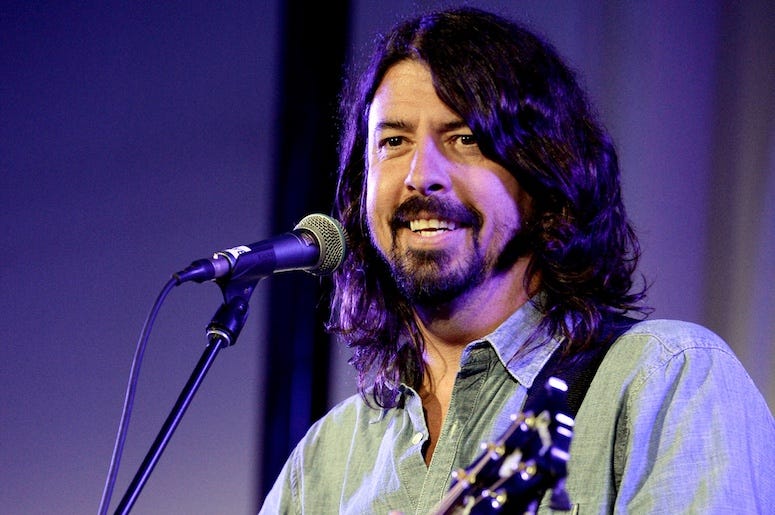 New traditions are born every holiday season and Dave Grohl’s latest project is a Hanukkah tradition we can get behind.

The Foo Fighters frontman has teamed up with the band’s producer, Greg Kurstin, to treat fans to eight nights of covers from Jewish artists in celebration of Hanukkah.

Grohl and Kurstin conceived of the Hanukkah Sessions earlier this month and shared the news in a tweet chock full of Yiddish. “With all the mishegas of 2020, @GregKurstin & I were kibbitzing about how we could make Hannukah extra-special this year,” Dave tweeted at the time.

“Festival of Lights?! How about a festival of tasty LICKS! So hold on to your tuchuses... we’ve got something special coming for your shayna punims.”

As the series continues on and provides the perfect soundtrack for the lighting of the menorah, we’ve compiled a list of every single Hanukkah cover Dave Grohl and Greg Kurstin have released.

Night One: The Beastie Boys - Sabotage

“As the only Rock and Roll Hall Of Famers with a lyric about kugel, we thought it would be a shanda to not kick off this party with New York’s (and Abraham’s) finest,” they introduced the cover. Dave handles the vocals and does a remarkable job handling the irreplicable style the Beastie Boys had.

There’s few instances where the world of the Foo Fighters and Drake intersect, but this is one and it’s everything we could have hoped for. Plus, stay for the footage of Dave Grohl vibing with some menorahs.

“Talk about making a mountain out of a mohel,” opens the description of the video for the third night of Hanukkah, which features a rocking cover of Mountain’s “Mississippi Queen.”

It’s not often you get to tell your family about a new Hanukkah song called “F*** The Pain Away,” but here we are. The breakthrough song from Peaches features a special guest cameo from the singer about halfway through the song.

“So now everybody must get stoned (not in the Law of Moses sense) as we put some blood on this track!” The video description reads as Grohl and Kurstin did a marvelous job on the twangy cover.

The sounds of Hanukkah are filled with… 90’s Britpop? For the sixth night of Hanukkah, Grohl and Kurstin paid tribute to the Elastica frontwoman Justine Frischmann as they delivered an excellent cover of their hit song “Connection.”

“Tonight we’re featuring 4 nice Jewish boys whose biggest hit was a song about a nice Jewish girl… “My Shalom-a” or something like that…” Grohl and Kurstin wrote in the video description. While the Foo Fighters have covered “My Sharona” before, the duo's take on The Knack’s “Frustrated” is superb.

"As 2020 comes to a close and another Hanukkah ends (my first!) I am reminded of the two things that have gotten me through this year: music and hope," writes Dave in the description for final cover, an excellent take on an all-time anthem from The Velvet Underground.