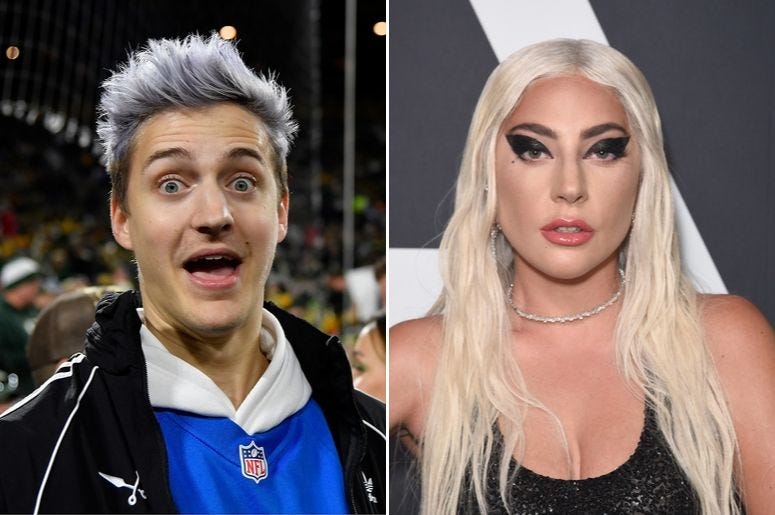 What are you up to Lady Gaga?

Mother Monster doesn’t tweet that often, but when she does she makes it count. Two weeks after announcing that her new album would be called ADELE, the “Shallow” singer is back with another questionable comment that has people wondering, “wait, really?”

Either an expert level troll job or a complete ignorance of gaming in general, Gaga set fire to timelines with two simple words. “What’s fortnight.”

Technically fortnight is a two week span of time, a shorten take on fourteen nights from Old English, but more 2019, Fortnite is an online video game played by millions around the world. Has Lady Gaga been so busy working on LG6 and winning awards and stealing our heart in A Star Is Born to just now be finding out about this cultural phenomenon? Man, it is hard keeping it so hardcore.

Anyway, the tweet drew a few reactions. 25,000 actually. The best though belongs to gamer Ninja, who is very well-versed in the world of Fortnite, and according to his tweet, well-studied in the world of Gaga as well.

Call me on the Telephone. I'll give you a Million Reasons to play. You and I. pic.twitter.com/dL6y6bJrrW

We don’t know what’s real anymore, but we know we’re still anxious for new music from the “Bad Romance” singer. In the meantime, Gaga is reissuing her ARTPOP album on vinyl, this time without a certain song with a certain someone. The new edition of the album arrives on November 11.