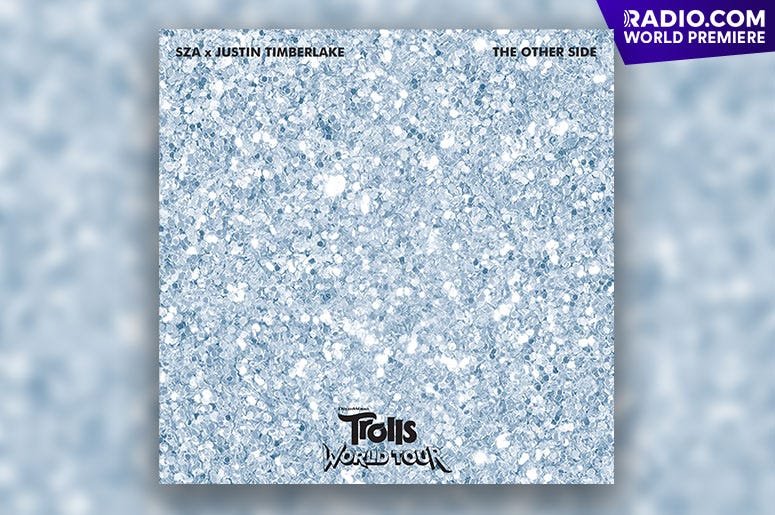 Last time around, Justin Timberlake couldn’t stop the feeling. Now, he’s prepared to visit “The Other Side.” The Trolls are going on a World Tour, and JT is helping to provide the setlist. The singer has linked up with SZA for a rumbling dance anthem which kicks off the soundtrack to the new film, Trolls World Tour.

“We don’t have that,” Timberlake exclaimed in a clip previewing the song earlier this week. Working in the studio, he’s searching for something special. “You know what I mean? We need a unicorn.”

They found her. It’s SZA, who lends her unmistakable talent to the track and proves to be the perfect partner for Justin. Together they ride the rubbery bass into a vibrant sonic space, bursting with all the colors of the film and beyond.

“The Other Side” from Justin Timberlake and SZA is a RADIO.COM World Premiere, which means you can hear it here and stream it on the RADIO.COM app all throughout the day on Wednesday February 26.

“Woah, I can’t believe how this thing came out,” Timberlake says about the soundtrack for Trolls World Tour. “It just came out crazy. I can’t wait for you guys to hear it. Crazy music that I can’t believe is for an animated movie.”

The film features legends like Ozzy Osbourne, George Clinton, Kelly Clarkson, and Mary J. Blige. They all have a voice in the film, and many of them are included on the soundtrack as well.

Trolls World Tour is in theaters on April 17.