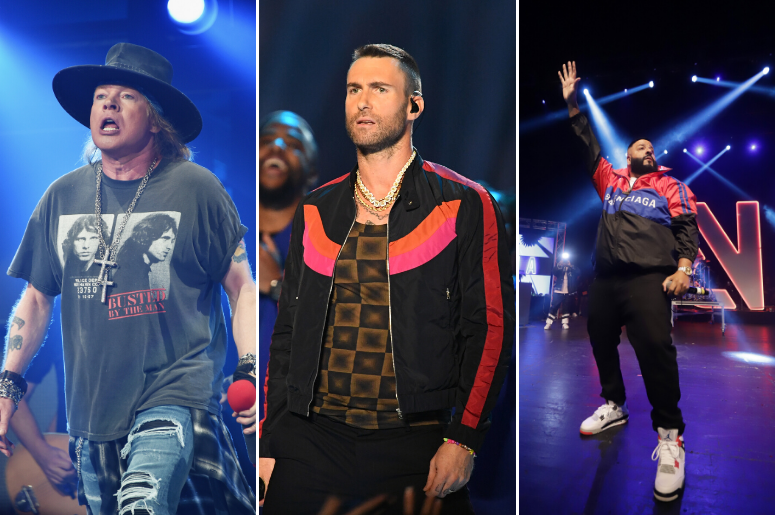 Before the touchdowns and trophy presentation in Miami, there will be music. Guns N’ Roses, Maroon 5 and DJ Khaled have signed on to headline Super Bowl Music Fest.

The three-day event at American Airlines Arena kicks off Thursday, January 30th with DJ Khaled “and Friends,” including DaBaby. Axl, Slash, Duff and company will turn the volume up when Guns N’ Roses takes the stage on Friday. It will be GNR’s first show of 2020. Finally, Adam Levine and Maroon 5 will keep the momentum going on Saturday with a special guest that has not yet been announced.

Maroon 5 and Slash both have experience around the NFL’s biggest stage. Maroon 5 headlined the halftime show earlier this year during Super Bowl LIII, while Slash performed with the Black Eyed Peas at halftime of Super Bowl XLV.

Super Bowl LIV itself will feature Jennifer Lopez and Shakira during the halftime show.