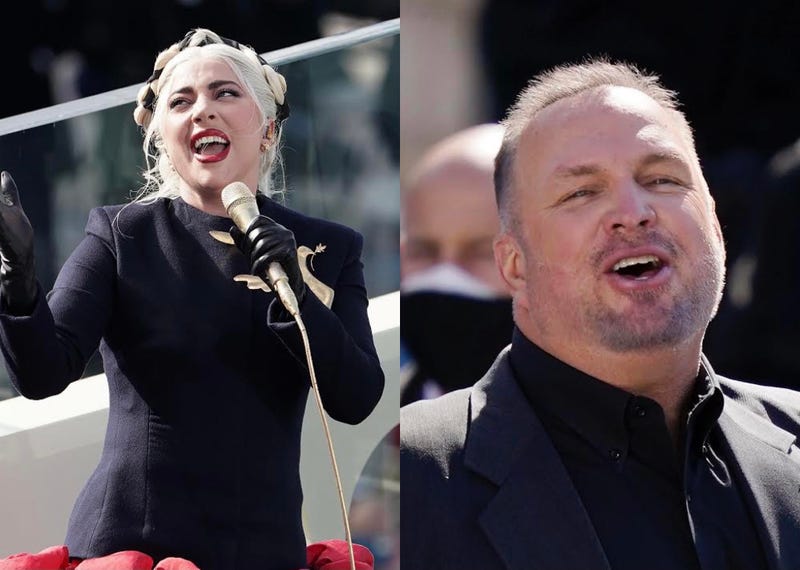 During the Biden-Harris Inauguration on Wednesday, did you happen to notice that Garth Brooks dazzled even more, and his cowboy-ish good looks sparkled with a haze of Chromatica sophistication?

Well, that is because prior to his stunning a capella performance of “Amazing Grace” during the swearing in ceremony, Garth got glammed up for the event with the help of Gaga’s longtime makeup artist, Sarah Tanno and hairstylist, Fredric Aspiras.

The iconic Country Music star took to Twitter not only to let LG know that she is a “national treasure” but to let Tanno and Aspiras know that “they saved a cowboy today.” As he thanks Mother Monster’s glam team he also adds, “Oh, and tell Miss Sarah to hug her momma for me!”

. @ladygaga
You were fabulous today and everyday
A national treasure
Please tell Frederick and Miss Sarah thank you for me!
They saved a cowboy today
Oh, and tell Miss Sarah to hug her momma for me! love, g

During his time at the Capitol, Garth took his cowboy style to a chic and refined level of coolness as he sported a black cowboy hat, a black blazer, darkwashed denim, and of course his signature cowboy boots.

It was announced last Monday, that Brooks would be added to inaugural lineup. During an online press conference about his addition to the ceremonies the “Friends in Low Places” singer said, “this is not a political statement. This is a statement of unity.” He also added, “This is kind of how I get to serve this country.”

Garth does identify as a Republican; however, he has performed at almost every Presidential Inauguration since Jimmy Carter. The only ceremonies he has not performed at were Ronald Reagan’s and Donald Trump’s.