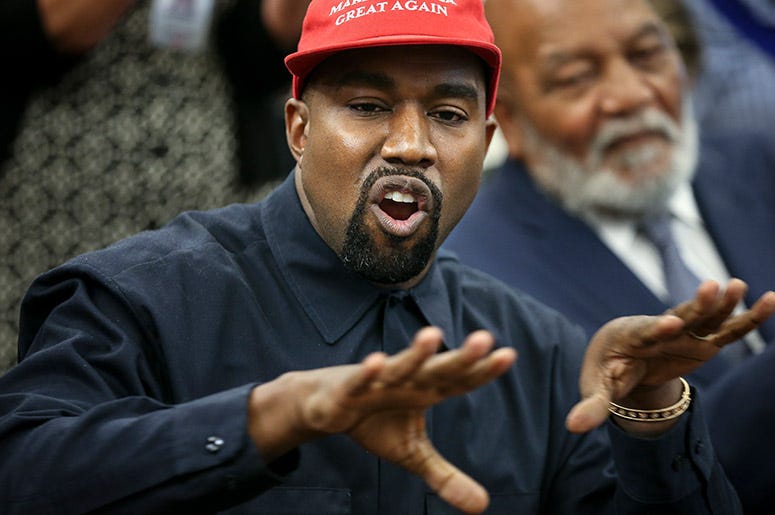 Kanye West’s strange and stilted campaign run in the 2020 presidential election not only failed to deliver a victory, but also netted him exactly zero electoral votes in the process.

But there is a silver lining for all the bitter Kanye stans, out there. Recent state counts reveal that Ye netted his largest vote share from Tennessee, home to Taylor Swift.

Final number of votes for @KanyeWest in the 12 states he was on the ballot for:https://t.co/n28DBNT11w

It’s worth noting that Kanye received at least 1,000 votes in each of the 12 states he appeared on the ballot. West received more than 61,000 votes total, as the count stands today. He currently sits fifth in the general election, well behind President Donald Trump and former Vice President Joe Biden.

After making several last minute policy pitches to voters on Election Day, the artist tweeted his concession for the 2020 presidential bid and has set his sights on a 2024 run. “KANYE 2024,” he tweeted out along with a photo of himself with the electoral map in the background.