Kate Middleton and Prince William and were spotted with their three children, Prince George, 7, Princess Charlotte, 5, and Prince Louis, 2, walking along the Luminate trail on Queen Elizabeth’s Sandringham estate alongside William’s uncle, Prince Edward, Sophia, Countess of Wessex, and their two children, Lady Louise, 17, and James, Viscount Severn, 13, according to People Magazine.

The group of nine’s Christmas-themed outing was in direct violation of U.K. government’s “Rule of Six,” which prohibits groups larger than six people from gathering indoors or outdoors. 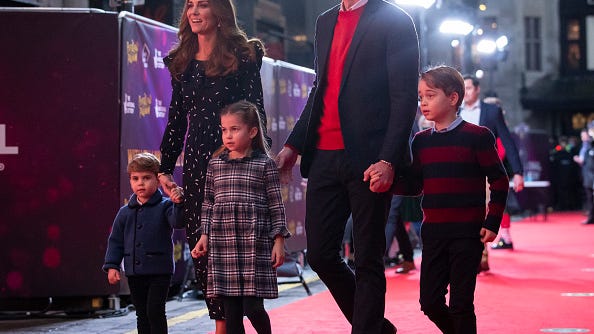 Photos show the two families, who reportedly arrived separately, walking together along the mile-long trail around the woodlands and Country Park at Sandringham.  The trail is known for toasting marshmallows around a firepit and festive food and drinks around the holidays.

"The two families were given separate consecutive slots to visit the trail just before it opened to the general public," royal sources told the Daily Mail. "They arrived and departed in their own family groups. As anyone with young children will know, there were moments on the 90-minute walk where it was difficult to keep the two family groups apart, particularly at bottlenecks on the trail."

The lockdown measures come as new fears of a new and more contagious strain of coronavirus grow throughout the U.K.

Dr. Peter Hotez, Dean of the National School of Tropical Medicine at the Baylor College of Medicine in Houston asserted that mutations are, however, not sufficient to cause big changes, either in the severity of the illness or the transmissibility.