Kim Kardashian and Kanye West's marriage may soon be ending.

Sources tell People that Kardashian is preparing to file for divorce from the rapper.

While she has yet to officially pull the trigger, one of the outlet's sources said West is "bracing" for his wife of more than six years to legally file for divorce.

"He knows that she’s done. She has had enough, and she told him that she wants some space to figure out her future," the source told People.

In addition, multiple sources revealed to Page Six that "divorce is imminent." One source said, "They are keeping it low-key but they are done."

Page Six's source continued, "Kim has hired Laura Wasser and they are in settlement talks." Wasser is a power LA divorce lawyer who has represented stars like Angelina Jolie, Britney Spears, and Johnny Depp.

Additionally, Kardashian has not been seen with her wedding ring and West has been spending his holiday time at their Wyoming ranch. Sources suggest that Kardashian has grown apart from West in recent years, saying Kardashian has "grown up a lot."

"She is serious about taking the bar exam and becoming a lawyer, she is serious about her prison reform campaign. Meanwhile, Kanye is talking about running for president and saying other crazy s--t, and she's just had enough of it," the source said. 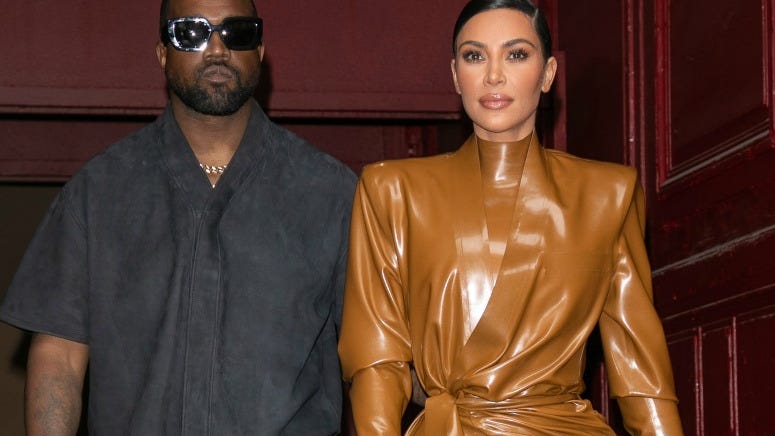 A separate source said West found the Kardashians' reality show "unbearable" and "is completely over the entire family."

Kardashian and West have been married since 2014. They have four children together: 7-year-old North, 5-year-old Saint, 2-year-old Chicago, and 1-year-old Psalm.

sports
Free agent WR Allen Robinson likes tweets linking him to Jets
music
Flo Milli makes sure you never look at Dora The Explorer the same with new 'Back Pack’ video
sports
One NFL coach says next week’s roster cuts will be a ‘massacre’ around the league
news
59 soldiers guarding the US Capitol sickened by moldy, undercooked food
sports
Washington's cheerleaders learned from Twitter they were out of a job
sports
Trevor Lawrence isn't Chris Simms' top ranked quarterback in 2021 class