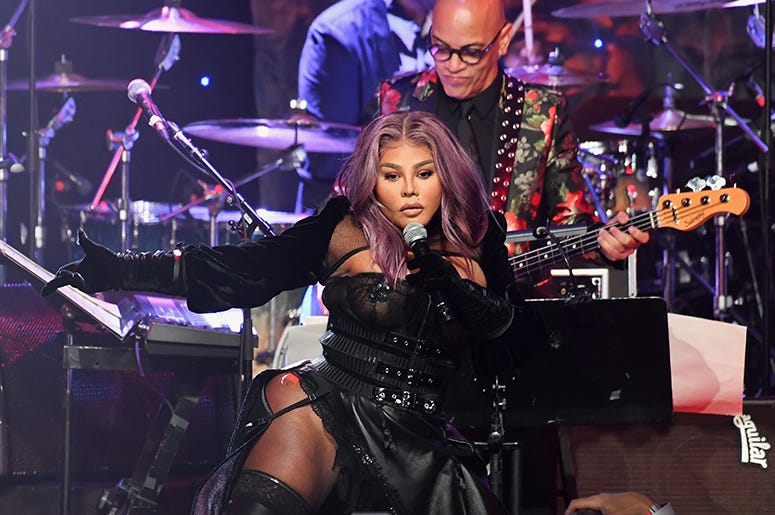 In an era where female pioneers in hip hop are receiving their flowers, Lil Kim might be the next trailblazing rapper to receive a biopic.

The Notorious K.I.M. tells ESSENCE she's been fielding a "few offers" for an upcoming project about her life.

"I have a few offers. I have a secret but I can’t tell you," says Kim coyly. "It’s dealing with me and my life a little bit, kinda. You'll know in like another month. It's going to come out."

The GRAMMY-winning rapper says she sees her story being told in documentary and biopic styles, similar to Netflix's Roxanne, Roxanne about one of rap's First Ladies, Roxanne Shante.

Lil Kim is undeniably one of the most stylish hip hop icons, who has inspired fashionistas such as Miley Cyrus, Saweetie, Kylie Jenner, and more. But who could pull off Kim's Hard Core exterior and her fierce 90s aesthetic?

"I love Teyana [Taylor]," says Kim. "She’s my only other thought. There’s nobody else in the industry at all but Teyana. But, even before Teyana, I would love to give some little girls from Brooklyn a chance so I can connect. Really connect."

Lil Kim has sold 30 million singles worldwide and over 15 million albums since her 1994 debut alongside the Notorious B.I.G.'s group Junior M.A.F.I.A. Her most recent album, 9, was released in 2019.

WATCH MORE: The Best Movies That Happen to be Biopics