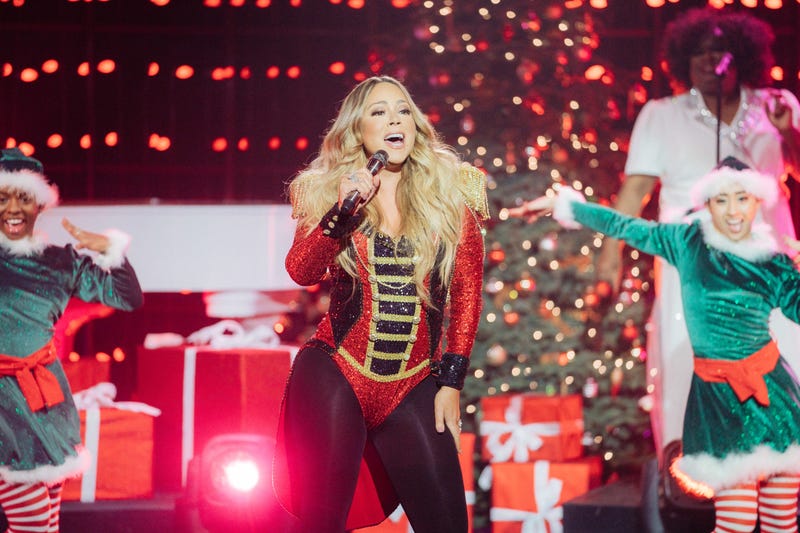 Lovers of whistle tones and Christmas music, you’re absolutely in luck this holiday season. Mariah Carey’s collaboration with Ariana Grande and Jennifer Hudson on “Oh Santa!” has us thanking Mimi for once again dominating Christmas.

Listen to your favorite Holiday music now on RADIO.COM.

With Mimi, Ari, and JHUD uniting under the universally adored sentiment of holiday-time cheer, the new bop not only left Grande and Carey exchanging “I love yous” on Twitter but has left us in a wake of excellence from three festive divas.

During an interview with Billboard, the Queen of Christmas says, “We can't just let the bleakness of the current place we are at in the world foil all of the extra fun things that we do every year.”

As the holiest of pop trios deliver classic lines about yearning for an unrequited love during the holidays, the song’s optimistic, tinged with jingle bells, beat swirls around a golden glowing set, as elves bust out their best TikTok dance-inspired choreography.

The video comes to a spine-tingling close as the Lambily Matriarch and AG come together to give us some of the most iconic, Santa-inspired, whistle tones in pop music history.

This “girl group moment” produced by Carey, is something you don’t want to sleep on this year, in fact, it actually might save your 2020.