A family in Utah has been devastated after the matriarch in their home died from COVID-19.

Patrice Grossman, a mother of five, died on October 30 at the Utah Valley Hospital, People reports.

“Her husband and children were heartbroken that the coronavirus prevented them from being with her at the end,” her obituary read.

The 49-year-old was a registered nurse, and her family shared that she “worked in the NICU until her death.”

“She loved working with the newborn infants and helping to ensure they received the critical care they needed,” the obituary continued. “She was also accomplished at sewing and desired to make the world a better place. She never hesitated to provide assistance to others when asked to do so.”

Her husband said that Patrice and the entire family contracted the deadly virus from a friend. The nurse became sick again with a sore throat, two weeks after she seemed to have recovered from COVID-19.

Utah Nurse and Mom of 5 Dies After Contracting COVID-19: 'She Fought Hard to Stay with Us'​ https://t.co/RhVPV2Hjjb

“Her lungs filled with fluid in less than five hours,” her husband Bryan said.

Patrice had to be hospitalized and began experiencing complications. The matriarch's conditioned worsened and her family said that “from start to finish, probably six hours to find out our mother was dead.” 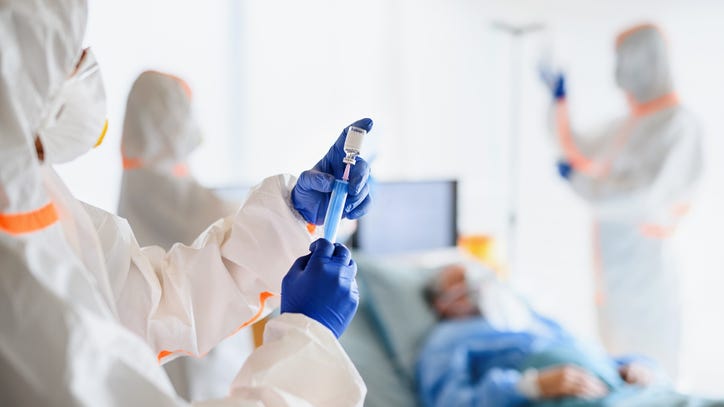 “She was a strong and independent woman who fought many battles every day. In her last moments, she fought hard to stay with us, the nurses told me as much; But, sadly she wasn’t strong enough for this fight,” the family said in a statement.

The family has created a Go FundMe campaign. The nurse was told that she had sepsis and pneumonia. In the description of the page, it said she later tested positive for COVID-19.