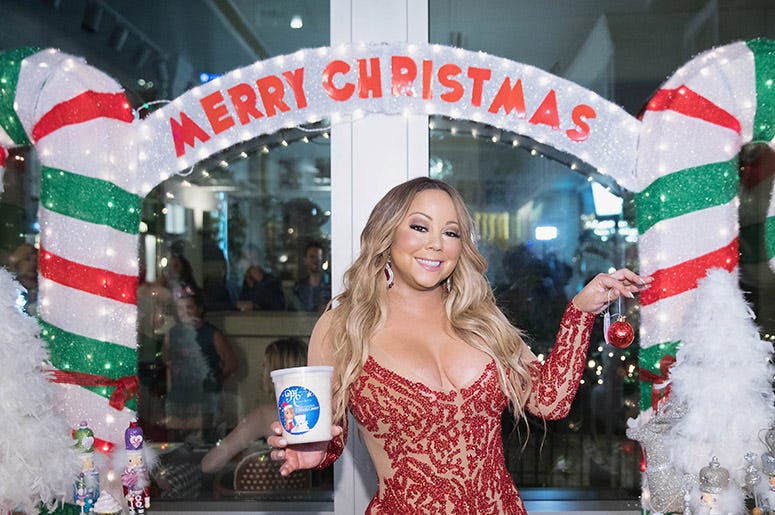 Mimi is pulling out all the stops for this all-encompassing Christmas extravaganza, including a corresponding soundtrack with “brand new interpretations” of holiday classics. She’ll be joined by a slew of celebrity guests like Tiffany Haddish, Billy Eichner, Snoop Dogg and more. The track “Oh Santa!” features pop superstars Jennifer Hudson and Ariana Grande.

Ahead of the December 4 release date, Mariah posted an elaborate promotional poster depicting her atop a giant wreath, hanging decorations. “Let's get festive!!! 🎄” she captions. This one got us right in the Christmas feels.

Want to dive deeper into Christmas time? Carey also posted a 19 second teaser video with a quick glimpse of her immaculate red dress and bedazzled microphone. “Ready??” she asks in the post. Yes, Mariah. We’ve been ready!

Since the 1994 release of “All I Want for Christmas Is You,” Mimi has been the crowd-appointed Queen of Christmas. You’ve probably heard the chart topping single on repeat while shopping at the mall (Remember the mall? Ahh, years before 2020…). But maybe while listening to the holiday classic you’ve thought to yourself, “Boy, I love this song but if she found some way to get Metallica involved that would really put me over the top.” We have good news.

WATCH MORE: Mariah Carey Brings Down the House in Chicago

A talented YouTube user recently produced a mash-up of the band’s 1983 track “For Whom The Bell Tolls” with Carey’s beloved Christmas tune. We’re not sure if shopping malls will start using the song, but you could bump it in the car and blow off some steam.