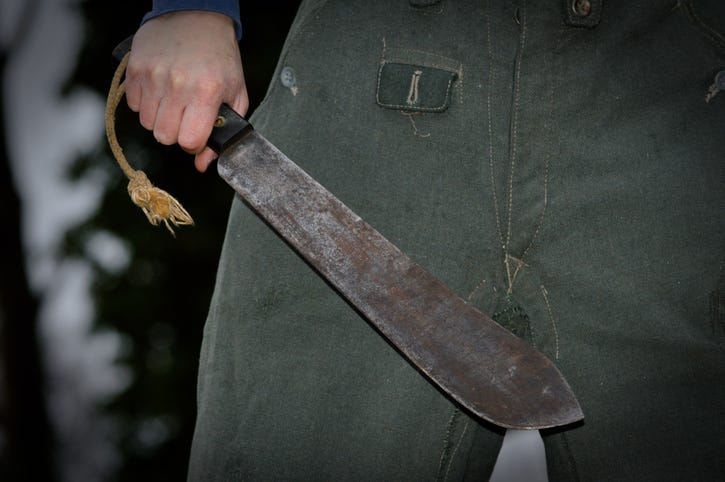 This is one brave kid.

On Friday morning, an 11-year-old boy in Orange County, North Carolina was home alone enjoying his time off from school. That’s when a stranger came up to his front porch and knocked on the door. After not responding to the stranger, a man broke a window and came in through the back.

The man grabbed a pellet gun and the boy's cell phone and told him to stay in his closet. The boy refused to listen and grabbed a nearby machete and used it against the intruder.

Police describe the boy as a star baseball player, and struck the intruder in the back of the head, causing him to lose quite a bit of blood. The man then fled the scene with two other individuals. He later checked himself into a hospital with a head injury and was then identified as 19-year-old Jataveon Dashawn Hall.

“Not only did this youngster thwart the larceny attempt, he created blood evidence that very well may lead to a conviction in this case. This is a very tough kid who kept his wits about him. At the same time, I want to reflect that this youngster, his family, and indeed this community, are very lucky this event did not have a tragic ending for the child.”

Hall fled the hospital and is now on the run. He was expected to be charged with breaking and entering, second-degree kidnapping, interfering with emergency communications, and assault on a child under 12.