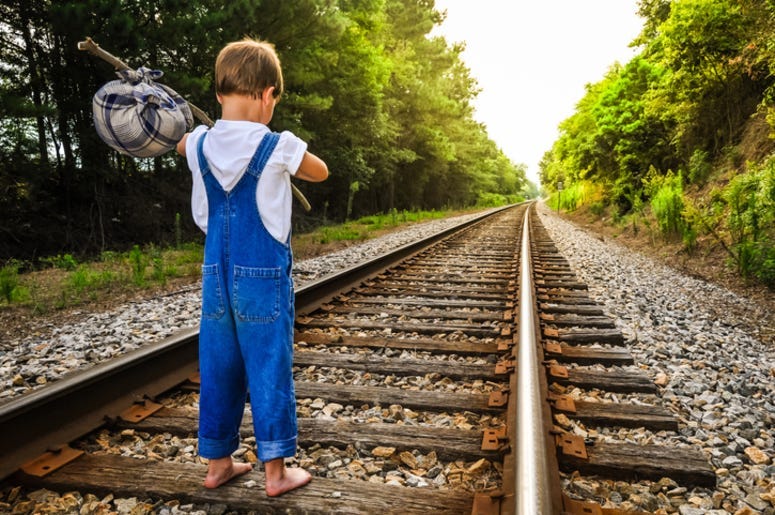 Everyone ran away from home at least once during their childhood. Whether it was due to anger, or an adventurous spirit, it was usually the planning that detoured the idea, sending children back to their homes. That wasn’t the case for one 8-year-old, as police found him after he ran away; piggy bank, encyclopedias and some other kid friendly supplies in hand.

Sounds like plan to me... see Y'all when I get back! https://t.co/Nv9WrwAVLv

According to his mother, the 9-year-old boy ran away from their home in the city of Astrakhan, in Russia, earlier this week. In his note he left for his mother, which she found after returning from dropping her younger daughter off at school, the boy wrote he wanted to “travel around the world.”

Police in Russia found the boy a few hours after the mother reported him missing. They found him wandering the streets, with his piggy bank, three encyclopedias, a toy and a banana. He told his rescuers he was, “already feeling tired and he needed rest,” despite his backpack full of supplies.

Can’t knock him for trying! Bless his adventurous little heart & thank you, Jesus, for keeping him safe!❤️

The world is your oyster, kid. ❤️😀

No 8 year old has ever inspired me more! https://t.co/Y1e5IZFiOB

While the young boy didn’t make it around the world, he did manage to take three different buses, along with walking for some distance. He has since been reunited with his family, and had a talking to by Russian authorities about his attempted journey. While everyone is happy the boy is back home safe, plenty on social media were inspired by the boys daring attempt.