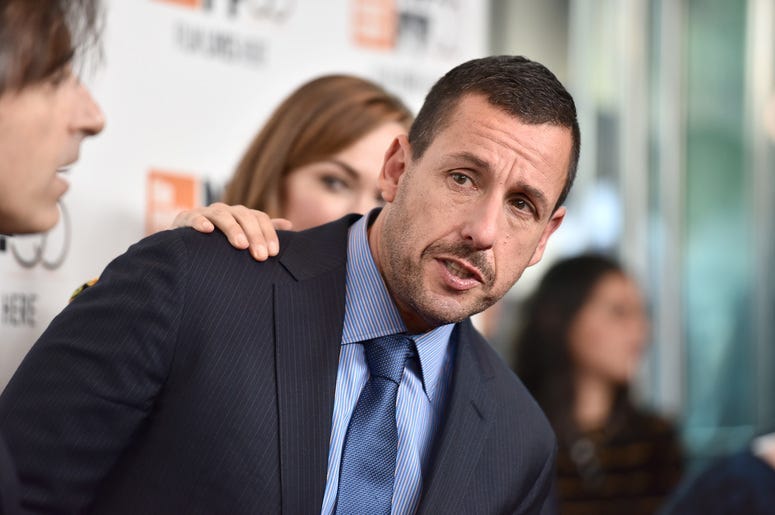 Adam Sandler made his return to Saturday Night Live over the weekend, and there was plenty of nostalgia throughout the show. While Sandler brought back a number of characters, the show’s most emotional point came at the end when Sandler performed a tribute song to late friend, Chris Farley.

Returning to SNL for the first time since being fired as a cast member in 1995, Sandler finished the show with a tribute to Farley, who was fired with Sandler in 1995, and later died in 1997. Many fans pointed to this moment as their favorite part of the episode.

Finishing watching SNL. My dude @AdamSandler being hilarious and a legend once again. I’ve seen the Farley song many times on tour with Adam and watching him do it on SNL was amazing and emotional. Sandler toughed that out. Watch it. Incredible. ❤️

No, you're crying at Adam Sandler's Chris Farley tribute. #SNL

Adam Sandler made sure to bring back a number of characters throughout the show, and got a little help from some friends as well. Chris Rock stopped by for Sandler’s opening monologue, while Jimmy Fallon and Kristen Wiig were in a skit portraying characters with voices from Sandler’s movies.

Of course Sandler has had a ton of famous characters from his time at the show. It seemed only right to bring back Opera Man during this episode. Now hopefully Adam Sandler will return again to host, so more famous characters can be brought back to life.