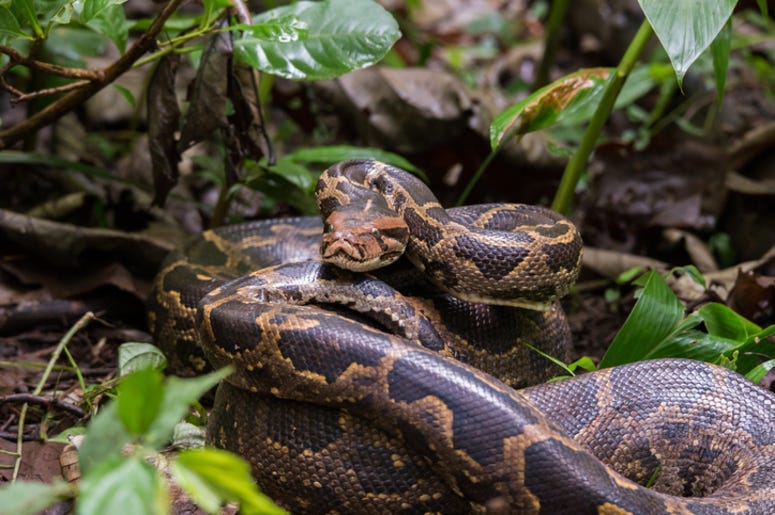 At this point, it’s safe to safe some pretty strange things occur in Florida on a regular basis, that don’t happen anywhere else in the country. One of these things is the state’s Burmese python hunting competition, also known as the Python Bowl. This year’s competition saw 80 Burmese pythons captured by both professional and amateur hunters from 20 different states.

Announcing the PRO grand prize #winner for "MOST PYTHONS"... Mike Kimmel! He won a TRACKER 570 Off Road ATV from @BassProShops for removing 8 pythons. #PythonBowl pic.twitter.com/p6JsGXkmSZ

The now viral competition is held annually in Florida, with this year’s competition taking place form January 9th to the 19th. The Florida Fish and Wildlife Conservation Committee announced the winners on Saturday, with photos of the winners and their pythons included. The winning categories included most caught pythons, heaviest python and heaviest python for both professionals and amateurs.

While many outside of Florida seem to view this competition as something they would never think about joining, the hunt was designed to raise awareness about the invasive species and its effect on the Everglades. The predator’s presence in the state has resulted in the severe decline in native mammal and bird populations in the Everglades. Since beginning in 2017, over 2,500 Burmese pythons have been captured, and with competitions like this, those numbers should keep going up.