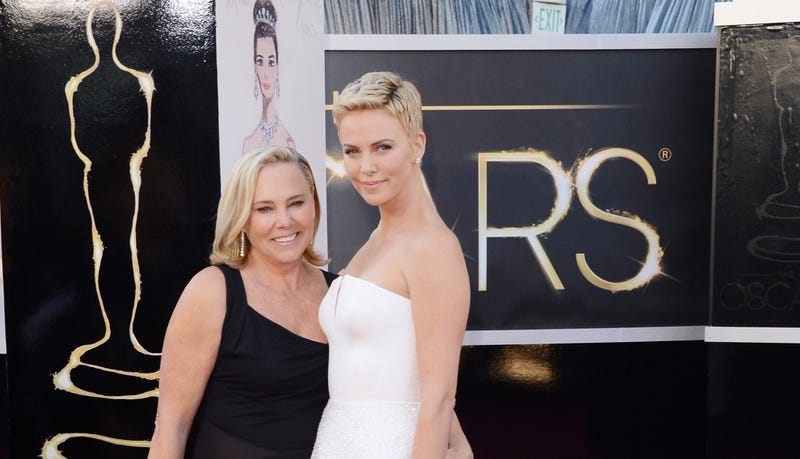 Charlize Theron is currently out doing a press tour for her new movie ‘Bombshell’.

While talking with NPR, the Academy Award Winning actress discussed the night her mom shot and killed her father in self-defense. Theron said her father was drunk when he came home one night and began threatening her and her mom, Gerda.

Theron went on to say that her father fired his gun at both of them three times before her mom shot back in self-defense and killed him.

“None of the bullets ever hit us, which is just a miracle, but in self-defense, she ended the threat.”

The actress says she isn’t afraid to share her story with everyone. She believes the more people talk about situations like this, the more people will realize they’re not alone.

“This family violence, this kind of violence that happens within the family, is something that I share with a lot of people. I’m not ashamed to talk about it, because I do think that the more we talk about these things, the more we realize we are not alone in any of it. I think, for me, it’s just always been that this story is about growing up with addicts and what that does to a person.”