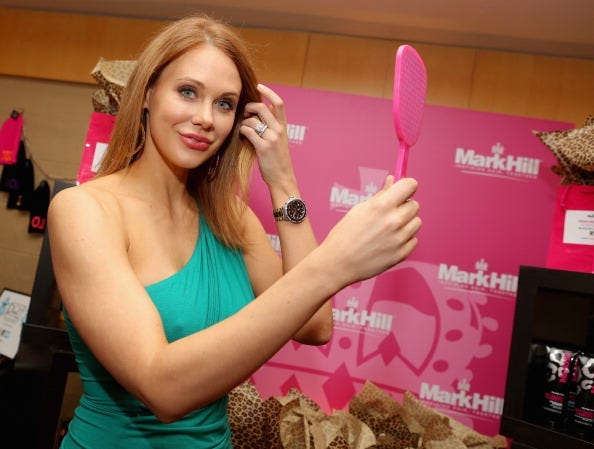 We got to see most of the cast members from ‘Boy Meets World’ together again when the Disney Channel made the sequel series ‘Girl Meets World’.

One of the characters we never got to see was Eric and Jack’s roommate from the later seasons, Rachel McGuire. Now the actress who played Rachel, Maitland Ward is making a big career move. Ward talked with In Touch Weekly about her move from television to the adult film industry.

The former ‘Boy Meets World’ star said she’s had the chance to express her self in new ways.

"I really got to set myself free with this and really express myself in a way that I haven't done before. I don't think my fans have seen me like this before – really, they haven't. It's just very deep sensuality, and I think that is a really fun way to play an explorer, and I got to do things that I wouldn’t have thought in the past. Just these sexual situations that are sort of taboo."

Ward explained that her love for cosplaying at conventions opened her up to the idea of doing adult film work.

“It started slowly. It all started when I started doing cosplay, which I really genuinely love doing and people started giving me attention for it, and I wore sexy outfits. I have always sort of been an exhibitionist, like always. I love dressing sexy in public and things like that.”

She called her career move an authentic journey.

"It's been an evolution. It's all been my authentic journey because everything that I have done along the way is something I wanted to explore and do, and I just did it publicly for my fans, that is the exhibitionist style of me. I wanted to take them along for the journey, and it's been a really fun, crazy adventure and there is still stuff to explore."