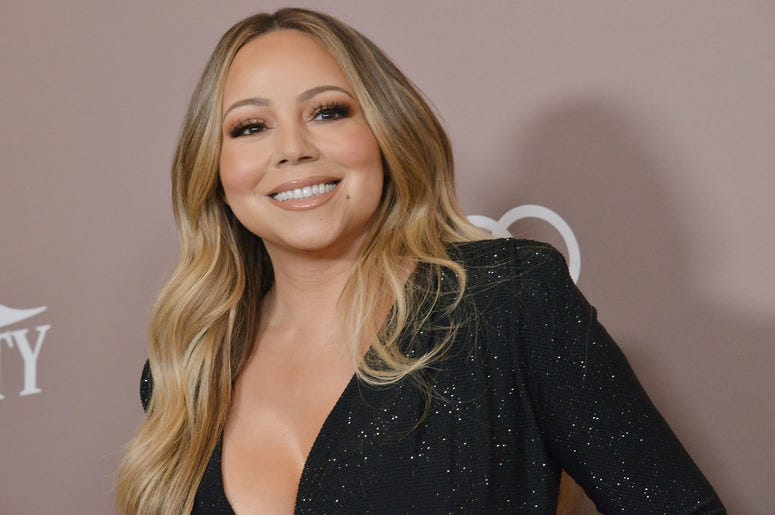 Thanksgiving is almost here, and once that’s over, Christmas season will officially begin. That means plenty of Christmas music playing just about anywhere you go, including Mariah Carey’s hit holiday classic, ‘All I Want For Christmas Is You.’ Though the beloved song was first released 25 years ago, the song continues to be a favorite for many, which is why no one was surprised when the song recently broke three world records.

On Monday, it was announced on the Guinness World Records organizations official website that Mariah Carey’s ‘All I Want For Christmas Is You’ broke three new world records. The new records for the holiday classic include the record for highest-charting holiday (Christmas/New Year) song on the Billboard U.S. Hot 100 by a solo artist, and most weeks in the U.K. singles Top 10 chart for a Christmas song at 20 weeks. The singer celebrated the achievement with an Instagram post.

In her post, Carey wrote “Thank you so much Guinness World Records for honoring me with three records in the 2020 book! Michael from @guinnessworldrecords presented me with a certificate on stage, so naturally, I asked him to join us for the #AllIWantForChristmasIsYou finale!” The post included a phot of Carey holding up her world record plagues. While the song now has three more records to add to its resume, it could always win more as it is sure to be playing around Christmas for years to come.