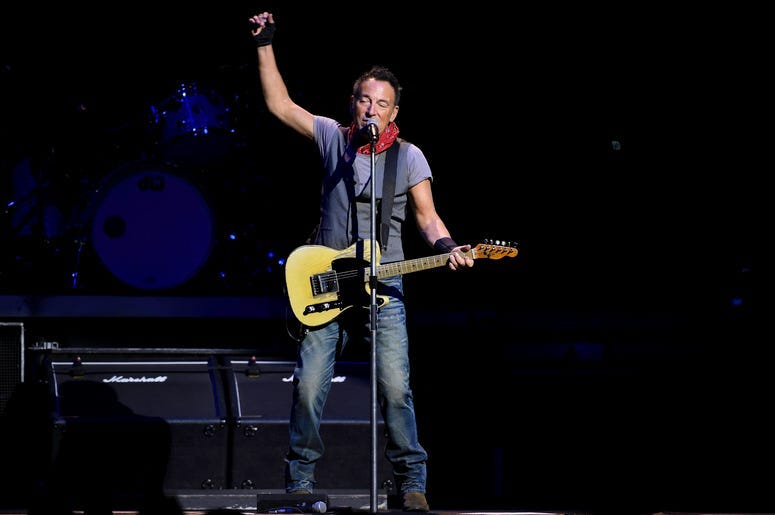 Bruce Springsteen has made millions throughout his career, so it may come as a surprise to some fans that the boss is actually quite frugal. At 70 years old, Springsteen is still going strong making music and performing all around the world, and in order to do so, he has to make sure he stays fit. That’s why many were surprised when it was revealed Springsteen belongs to a gym in New Jersey that only costs $9.99 a month.

Back in 2012, Bruce Springsteen did an interview and described his workout routine. In order to stay in shape, the boss “runs on a treadmill and, with a trainer, works out with weights. It has paid off. His muscle tone approximates a fresh tennis ball.” Now, seven years later it turns out Springsteen is on the same routine. However, while many would assume he does so in a private state of the art gym, it turns out Springsteen does his workouts at a local New Jersey gym that only costs $9.99 a month.

Why this never happens when I go to the gym ???? :)))) #springsteen #brucespringsteen #gym pic.twitter.com/Ajb5NBycdh

Plenty of fans have spotted Springsteen working out at the gym, with some lucky enough to get a picture with the boss. “I just saw The Boss on the treadmill at WorkOut World in Tinton Falls,” said one fan on social media, while another claimed he has seen Springsteen swimming at the beach all summer. Whatever Bruce Springsteen is doing is clearly working, as the singer is still going strong at 70 years old. It probably doesn’t hurt that the gym he belongs to is so affordable.