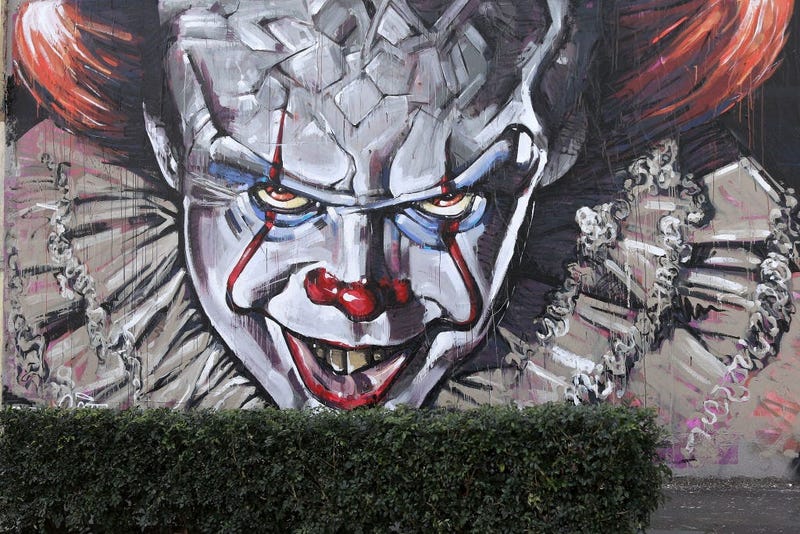 The highly anticipated horror movie ‘IT Chapter 2’ hits theaters this weekend and is sure to break a few records. What’s a movie without a little advertising right? Sometimes the ad campaigns for a movie can be fun; other times their just boring old ad campaigns.

Over in Australia, parents are complaining about the ‘IT Chapter 2’ roadside billboards that feature Pennywise the clown. The parents claim that the poster has been giving their children nightmares and have filed a complaint to have them taken down.

Mom Jane Swan tells Nine News that her child is terrified of the poster.

"Some people do enjoy going to horror movies and that's fine and that's their choice, and I understand that but we're not choosing to see this poster."

Parent Kellie says her little one was scared after seeing the poster; her daughter Piper said she’s been having nightmares.

"I get really scared because it's hard to go to bed when you have a scary picture in your mind. Before I go to bed, I have to check the whole room. And when I finally go to bed I will wake up after a nightmare."

Billboards promoting a new horror movie have been popping up around Brisbane, apparently frightening the locals. What do you think of the IT Chapter Two signs? #7NEWS pic.twitter.com/cRMvRr7E9x

Swan filed a complaint about the billboard and was told: "Ad Standards generally has no jurisdiction over the placement or timing of advertisements, except when considering the use of language or sex, sexuality or nudity in advertising".

How do you feel about kids seeing scary movie posters?